Underground Hall of Records and chambers below the Sphinx 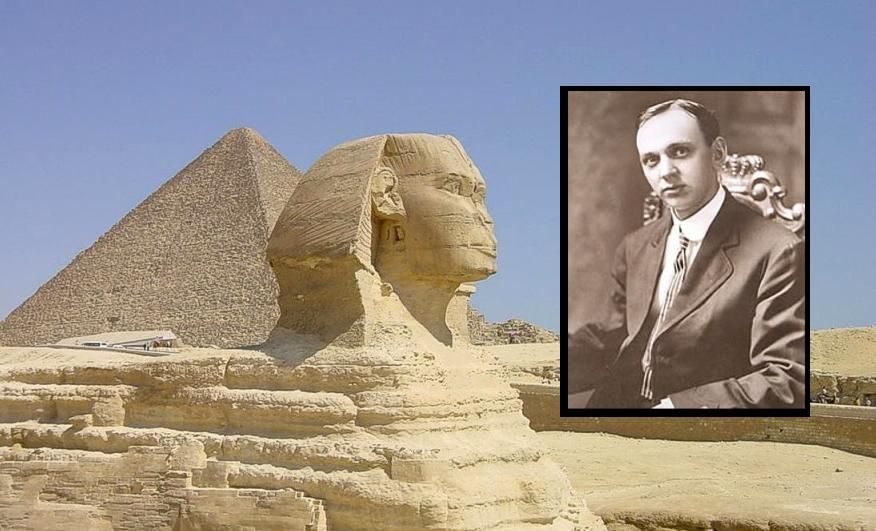 Video:
The Secret of the Sphinx & Edgar Cayce

Here is some info about the Atlantean Hall of records deep underground, underneath the Sphinx, and information as to why not all of it is being made known to the public by those in charge at Egypte.

According to Cayce and others, something called the Hall of Records is buried in a chamber between the Great Pyramid and Sphinx. Sonic and Radar devices have shown it, but permission to excavate has been denied. Peniel was to open these records, and access the Atlantean flying vehicle buried under the Sphinx that was used to build the Greater Pyramids, amongst other things, and also used to travel the extensive underground tunnel network and habitable areas of the inner Earth. This was made impossible by the forces who have already found it, can’t open it, but know it would completely destroy their life’s work of theories about the builders.

Because of that, and other things, the book was published instead, giving the summarized important details from the Hall of Records. John Peniel was prophesied by many, including Edgar Cayce, who essentially said Jon Peniel (Cayce’s prophecy was spoken, not written) would bring messages about the “new order of things”, reveal the Hall of Records which was information left for and by “those of that order” (the CLO – Children of the Law of One as it’s translated) prior to the apocalypse and return of the Christ. Jon has already made many astonishing prophecies as the world and the human race rapidly deteriorates, socially and physically, from 911 to present events and beyond. Scientists agree, we are in grave trouble that is not likely to be able to be reversed (from CNN and other sources). Peniel reminds us that we all die someday, and consciously returning to oneness with God, the Universal Spirit, which we are also part of and is inside and outside us, is are only true salvation, the most important activity anyone can do (either working on themselves or helping others) and saving out eternal souls must be our priority, regardless of our path.

“2. Tunnels & Chambers Under The Great Sphinx

(I) In a series of expeditions between 1991 and 1993 led by John Anthony West, and independent Egyptologist, scientific investigators conducted geological and seismic surveys around the Great Sphinx of Egypt. The chief geologist was Dr. Robert Schoch, Professor of Geology at Boston University, and the chief seismologist was Thomas Dobecki from the highly-respected Houston consulting firm, McBride-Ratclif & Associates.

(II) The team’s conclusions were as follows:

A. Geology, The pattern of erosion on the Sphinx indicates that it was carved at the end of the last Ice Age, when heavy rains fell in the eastern Sahara – perhaps more than 12,000 years ago. This contrasts starkly with the ‘orthodox’ Egyptological dating for the Sphinx of around 4,500 years ago.

B. Seismography. The seismic survey indicated the existence of several unexplored tunnels and cavities in the bedrock beneath the Sphinx, including a large rectangular chamber at a depth of some 25 feet beneath the monuments front paws.”

” The idea of there being a secret chamber buried somewhere beneath the Sphinx was first popularized by renowned psychic Edgar Cayce in 1932. Cayce believed that this secret chamber contained an ancient Hall of Records, which contained, among other things, manuscripts detailing the history of mankind much further back than we are currently aware – possibly even back to the world before the Flood. He also predicted that the Hall would be discovered sometime around the year 2000.

In recent years, this prophecy may have come true. Scientists using an array of techniques, searching on and around the Sphinx, have discovered one or more large, box-shaped, hollow areas just below the Sphinx. One of these enclosures is located beneath of the paws of the Sphinx, just where Cayce had predicted the Hall of Records would be found. Bauval explains,

The Giza necropolis, it seems, has finally decided to discharge all its secrets at once. For not far from the Great Pyramid, in a shallow enclave to the East, is the Great Sphinx. It, too, may be guarding a treasure-trove under its belly: a “Hall of Records” of a civilization long lost in the mist of time. There, too, with amazing synchronicity, an entrance to such a vault has been known since 1993. Why have these “chambers” not yet been opened? What could be within them? Could the Egyptian authorities know more than they are letting on?”

From the Egyptologists themselves

Florida State University, on behalf of the Schor Expedition, carried out a remote sensing survey around the Sphinx and elsewhere on the plateau for three weeks in April 1996. They claimed to have found “rooms and tunnels” in front of the Sphinx and running from the rear of the Sphinx. Several other projects have made similar claims:

SRI International did an electrical resistivity and acoustical survey in 1977-78.

In 1987 a Japanese team from Waseda University (Tokyo), under the direction of Sakuji Yoshimura carried out an electromagnetic sounding survey of the Khufu Pyramid and Sphinx. They reported evidence of a tunnel oriented north-south under the Sphinx, a water pocket 2.5 to 3 m below surface near the south hind paw, and another cavity near the north hind paw.

In 1991 a team consisting of geologist Robert Schoch (Boston University), Thomas Dobecki, and John Anthony West carried out a survey of the Sphinx using seismic refraction, refraction tomography, and seismic reflection. The investigators interpreted their data to indicate shallower subsurface weathering patterns toward the back and deeper weathering toward the front, which they take to indicate that the back of the Sphinx and its ditch were carved by Khafre later than the front. They interpret their data to likewise indicate subsurface cavities in front of the front left paw, and from the left paw back along the south flank.

We cannot give permission to dig into the natural rock of the Sphinx, or to drill into the Sphinx on the basis of anomalies, especially now that our highest priority is to conserve the Sphinx. Remote sensing programs should anyway be carried out elsewhere to test the techniques, and to demonstrate that it works before it is used to make sensational claims of secret rooms in the Sphinx.

Meanwhile, we struggle in our department to save the Sphinx and many other sites and monuments for future generations. We work hard to organize the site for tourism, so all can enjoy our monuments, and we try to balance tourism with conservation. But now other priorities are far more urgent, and we cannot allow digging and drilling into the Sphinx on the off-chance that somehow we have missed the only evidence of a lost civilization!”

Something is being covered up