To know your Self,
know your self at ALL levels. 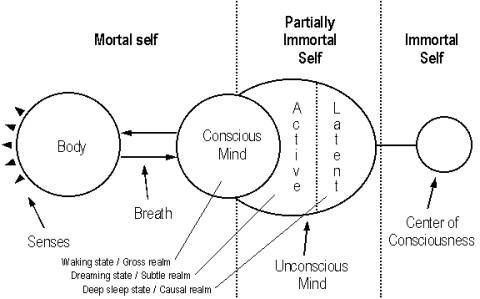 Know Yourself at All Levels

To know yourself at all levels means to direct or train your attention to gradually, systematically move inward, going from outer to inner, from gross to subtle.

Here are levels of our being in yoga science and philosophy:

“Levels” and “Aspects” within those levels

Think of how the edge of a mountain might look when the layers of sedimentary rock are exposed. As your eyes look up and down, or vertically, you are looking through the layers of the rock. Imagine your attention drawn to just one of those layers of rock, and that you are examining that level of rock, looking left and right, along the contour lines of that layer.

This is the way in which the words “aspects” and “levels” are being used to describe knowing yourself on all levels through meditation (including both seated meditation and meditation in action).

During a meditation session, one may first explore the body (like exploring horizontally in one level of the rocks), and then shift to exploring the various aspects of the breath (which is like going one level deeper in the mountain, vertically, so as to explore that stratified level)

The same is true of the level of senses. One may explore the senses individually, or collectively, within that one level (moving horizontally within that level).

The same is also true of the level of mind, where there are many currents and cross-currents of thoughts, emotions, sensations, images, and impressions. One explores “horizontally” within that level, after having prepared, and having moved through the (vertically) shallower levels.

In yoga, there are many different practices. This can be confusing at times to students. However, this is simplified greatly by coming to see the very reasonable way in which yoga teaches us to journey through each of those few levels, so that we may understand and go beyond each of the levels to the center of consciousness.

Travel inward, through the levels

The simplicity comes in seeing that there really are not so many levels to explore (though there may be many subtleties within each level).

We need not know everything there is to know about each level (horizontally). If we know that level well enough to allow it to be still, balanced, and not an obstacle, then our attention can shift to the next deeper level (vertically). In this way, we eventually move through the levels in our meditations.

When we are willing to observe a particular level, then we come to accept it as it is, from which greater understanding comes, and which allows us to train ourselves at that level. Then we have the ability to gently let it go during meditation, traveling our attention to the next deeper level. Eventually, we come to the still, silent center of peace, happiness, and bliss. 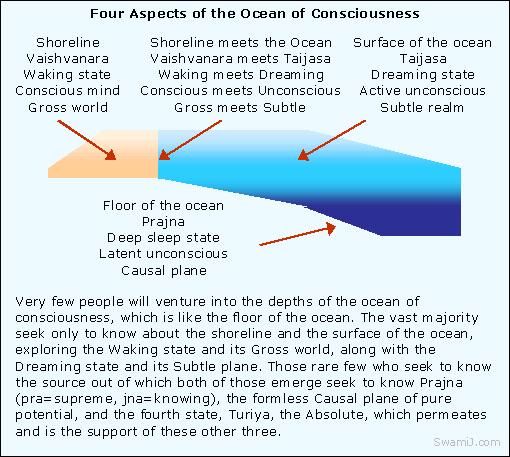 Is Yoga a Religion?

Is Yoga a Religion? by Swami Jnaneshvara Bharati swamij.com Question: Is Yoga a religion? Answer: No, but the question is important to consider. Yoga is in Religion. Religion is not in Yoga. ——- While Yoga may be in Religions,…