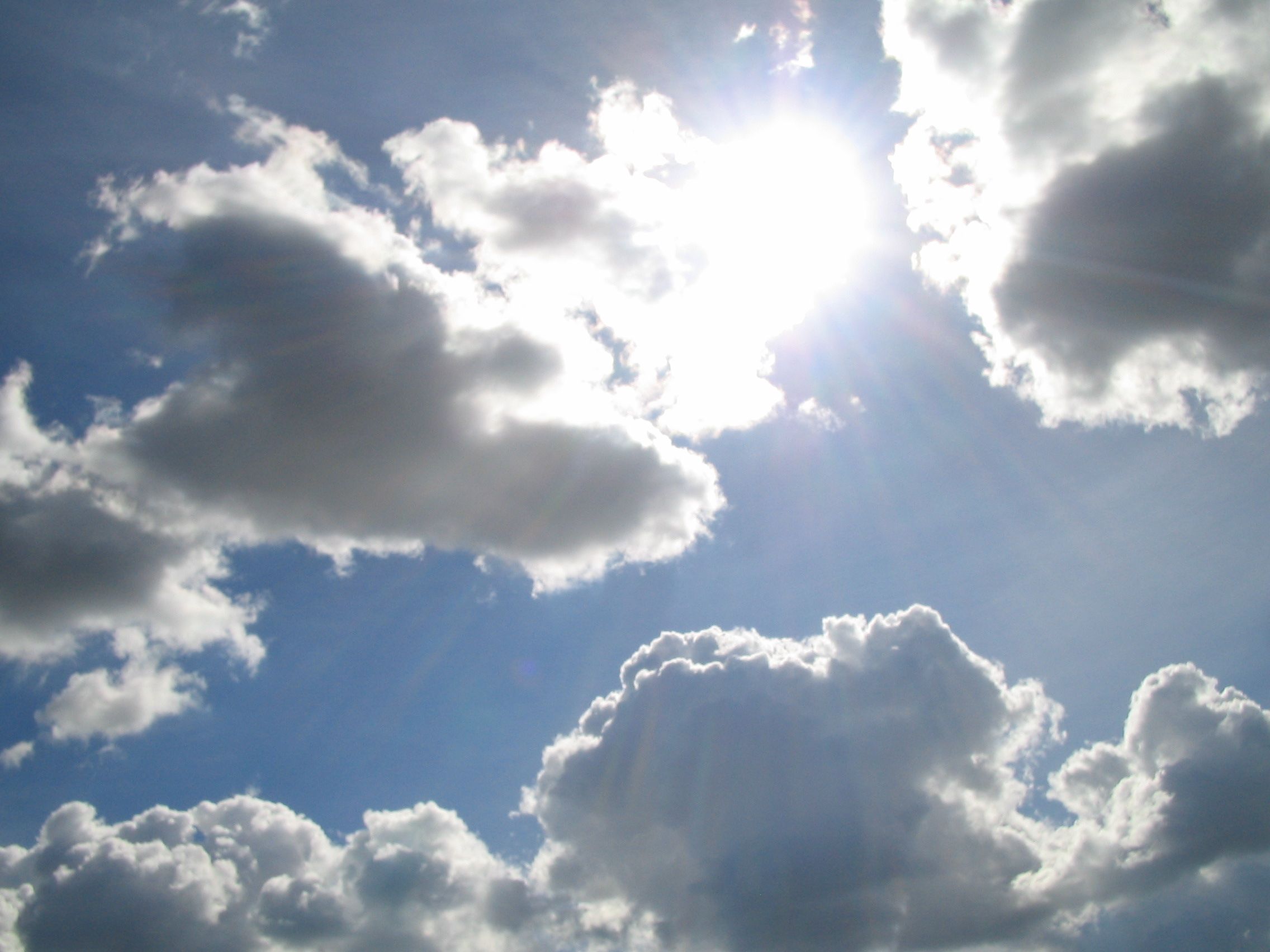 1.1 Now, after having done prior preparation through life and other practices, the study and practice of Yoga begins.

1.2 Yoga is the control (nirodhah, regulation, channeling, mastery, integration, coordination, stilling, quieting, setting aside) of the modifications (gross and subtle thought patterns) of the mind field.

1.3 Then the Seer abides in Itself, resting in its own True Nature, which is called Self-realization.

1.4 At other times, when one is not in Self-realization, the Seer appears to take on the form of the modifications of the mind field, taking on the identity of those thought patterns.

1.5 Those gross and subtle thought patterns (vrittis) fall into five varieties, of which some are colored (klishta) and others are uncolored (aklishta).

1.6 The five varieties of thought patterns to witness are: 1) knowing correctly (pramana), 2) incorrect knowing (viparyaya), 3) fantasy or imagination (vikalpa), 4) the object of void-ness that is deep sleep (nidra), and 5) recollection or memory (smriti).

1.7 Of these five, there are three ways of gaining correct knowledge (pramana): 1) perception, 2) inference, and 3) testimony or verbal communication from others who have knowledge.

1.8 Incorrect knowledge or illusion (viparyaya) is false knowledge formed by perceiving a thing as being other than what it really is.

1.9 Fantasy or imagination (vikalpa) is a thought pattern that has verbal expression and knowledge, but for which there is no such object or reality in existence.

1.10 Dreamless sleep (nidra) is the subtle thought pattern which has as its object an inertia, blankness, absence, or negation of the other thought patterns (vrittis).

1.11 Recollection or memory (smriti) is mental modification caused by the inner reproducing of a previous impression of an object, but without adding any other characteristics from other sources.

1.13 Practice (abhyasa) means choosing, applying the effort, and doing those actions that bring a stable and tranquil state (sthitau).

1.14 When that practice is done for a long time, without a break, and with sincere devotion, then the practice becomes a firmly rooted, stable and solid foundation.

1.15 When the mind loses desire even for objects seen or described in a tradition or in scriptures, it acquires a state of utter (vashikara) desirelessness that is called non-attachment (vairagya).

1.16 Indifference to the subtlest elements, constituent principles, or qualities themselves (gunas), achieved through a knowledge of the nature of pure consciousness (purusha), is called supreme non-attachment (paravairagya).

1.17 The deep absorption of attention on an object is of four kinds, 1) gross (vitarka), 2) subtle (vichara), 3) bliss accompanied (ananda), and 4) with I-ness (asmita), and is called samprajnata samadhi.

1.18 The other kind of samadhi is asamprajnata samadhi, and has no object in which attention is absorbed, wherein only latent impressions remain; attainment of this state is preceded by the constant practice of allowing all of the gross and subtle fluctuations of mind to recede back into the field from which they arose.

1.19 Some who have attained higher levels (videhas) or know unmanifest nature (prakritilayas), are drawn into birth in this world by their remaining latent impressions of ignorance, and more naturally come to these states of samadhi.

1.20 Others follow a five-fold systematic path of 1) faithful certainty in the path, 2) directing energy towards the practices, 3) repeated memory of the path and the process of stilling the mind, 4) training in deep concentration, and 5) the pursuit of real knowledge, by which the higher samadhi (asamprajnata samadhi) is attained.

1.21 Those who pursue their practices with intensity of feeling, vigor, and firm conviction achieve concentration and the fruits thereof more quickly, compared to those of medium or lesser intensity.

1.22 Because the methods may be applied in slow, medium, or speedy ways, even among those who have such commitment and conviction, there are differences in the rate of progress, resulting in nine grades of practice.

1.23 From a special process of devotion and letting go into the creative source from which we emerged (ishvara pranidhana), the coming of samadhi is imminent.

1.24 That creative source (ishvara) is a particular consciousness (purusha) that is unaffected by colorings (kleshas), actions (karmas), or results of those actions that happen when latent impressions stir and cause those actions.

1.25 In that pure consciousness (ishvara) the seed of omniscience has reached its highest development and cannot be exceeded.

1.26 From that consciousness (ishvara) the ancient-most teachers were taught, since it is not limited by the constraint of time.

1.27 The sacred word designating this creative source is the sound OM, called pranava.

1.28 This sound is remembered with deep feeling for the meaning of what it represents.

1.29 From that remembering comes the realization of the individual Self and the removal of obstacles.

1.30 Nine kinds of distractions come that are obstacles naturally encountered on the path, and are physical illness, tendency of the mind to not work efficiently, doubt or indecision, lack of attention to pursuing the means of samadhi, laziness in mind and body, failure to regulate the desire for worldly objects, incorrect assumptions or thinking, failing to attain stages of the practice, and instability in maintaining a level of practice once attained.

1.31 From these obstacles, there are four other consequences that also arise, and these are: 1) mental or physical pain, 2) sadness or dejection, 3) restlessness, shakiness, or anxiety, and 4) irregularities in the exhalation and inhalation of breath.

1.32 To prevent or deal with these nine obstacles and their four consequences, the recommendation is to make the mind one-pointed, training it how to focus on a single principle or object.

1.34 The mind is also calmed by regulating the breath, particularly attending to exhalation and the natural stilling of breath that comes from such practice.

1.35 The inner concentration on the process of sensory experiencing, done in a way that leads towards higher, subtle sense perception; this also leads to stability and tranquility of the mind.

1.36 Or concentration on a painless inner state of lucidness and luminosity also brings stability and tranquility.

1.37 Or contemplating on having a mind that is free from desires, the mind gets stabilized and tranquil.

1.39 Or by contemplating or concentrating on whatever object or principle one may like, or towards which one has a predisposition, the mind becomes stable and tranquil.

1.40 When, through such practices, the mind develops the power of becoming stable on the smallest size object as well as on the largest, then the mind truly comes under control.

1.41 When the modifications of mind have become weakened, the mind becomes like a transparent crystal, and thus can easily take on the qualities of whatever object observed, whether that object be the observer, the means of observing, or an object observed, in a process of engrossment called samapatti.

1.42 One type of such an engrossment (samapatti) is one in which there is a mixture of three things, a word or name going with the object, the meaning or identity of that object, and the knowledge associated with that object; this engrossment is known as savitarka samapatti (associated with gross objects).

1.43 When the memory or storehouse of modifications of mind is purified, then the mind appears to be devoid of its own nature and only the object on which it is contemplating appears to shine forward; this type of engrossment is known as nirvitarka samapatti.

1.45 Having such subtle objects extends all the way up to unmanifest prakriti.

1.46 These four varieties of engrossment are the only kinds of concentrations (samadhi) which are objective, and have a seed of an object.

1.47 As one gains proficiency in the undisturbed flow in nirvichara, a purity and luminosity of the inner instrument of mind is developed.
1.48 The experiential knowledge that is gained in that state is one of essential wisdom and is filled with truth.

1.49 That knowledge is different from the knowledge that is commingled with testimony or through inference, because it relates directly to the specifics of the object, rather than to those words or other concepts.

1.51 When even these latent impressions from truth filled knowledge recede along with the other impressions, then there is objectless concentration.
Patanjali