New studies are confirming the connection between Earth and the Sun. 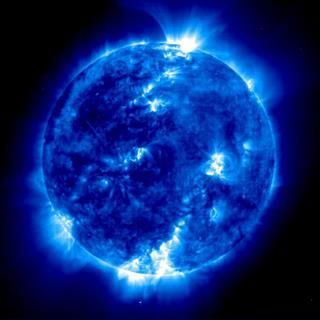 Recent Picture of the Day articles have addressed the many issues that make understanding the Sun exceptionally difficult. There are serious dichotomies between the consensus viewpoint about solar activity and the Electric Universe viewpoint. In particular, the hypothesis popularized in Professor Don Scott’s book, The Electric Sky is diametrically opposed to the thermonuclear hypothesis first described by Sir Arthur Eddington in 1926. 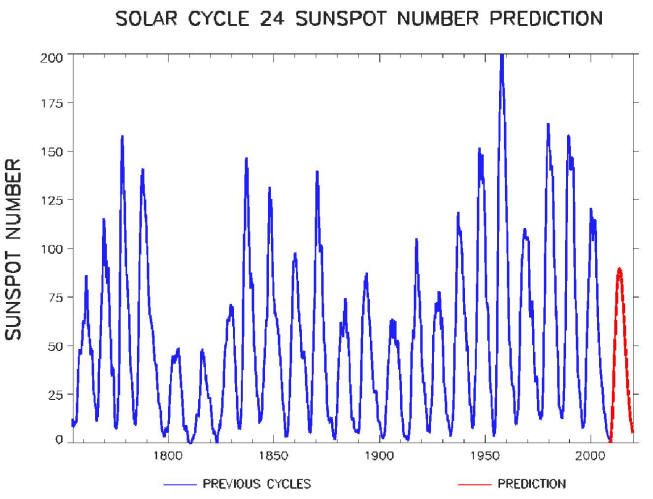 It is in just the past few years that planetary scientists and meteorologists have begun seeing the effects of the Sun on our climate. Now, according to scientists from the National Center for Atmospheric Research (NCAR), analyzing sunspot records for the past 100 years has revealed a pattern of effects that have not been incorporated into climate models because they were not previously recognized in the data.

It appears that the Sun’s 11 year cycle of increased and decreased output is linked to the severity of weather events, such as hurricanes or droughts. Although solar energy does vary over the course of a sunspot cycle, that variance amounts to less than one-tenth of one percent, far too little to account for the intensity seen in storm systems or the increased regions of drought.

The amplification of the solar energy’s influence on Earth’s climate could not be explained through current theories, so another solution was suggested. As the new theory explains, increased solar energy output during maximum sunspot production warms up the tropical stratosphere since sunlight impinges most directly on our planet close to the equator. Other factors are involved, but the ultimate conclusion is that the atmosphere warms unevenly, becoming hotter near the equator and cooler in the higher latitudes.

This uneven thermal distribution causes increased atmospheric convection, resulting in greater tropical precipitation. Combined with convection, the extra solar energy heats the waters of the Pacific Ocean, where, it is said, more clouds form in an area where they are normally absent. The clouds then flow west along the more powerful convection currents (the trade winds), where they increase the effects of the stratospheric heating.

As with most other theories, the climate model suggested by the NCAR investigators is based on kinetic energy: heat and the movement of the atmosphere. Nowhere in the scientific press is it acknowledged that electric currents and the strength of the ion flux from the Sun are the primary drivers of climate fluctuation.

Since water is a dipolar molecule, the effect of ions as attractors for water vapor was evident. That and Wal Thornhill’s information about thunderstorms acting as “leaky capacitors” leads to the observation that there are enormous fields of ions in transparent haloes around clouds:

It is now evident that those ion fields are linked to the cosmic ray connection illustrated by Henrik Svensmark in his work with cloud chambers.

“One effect of solar changes [sunspots] is to vary the number of cosmic rays reaching the Earth from the Galaxy. In 1995 Henrik Svensmark, also in Copenhagen, began to wonder if the cosmic rays could affect cloud cover. When he compared satellite observations of clouds with the varying counts of cosmic rays from year to year, he found an amazing link. A stronger Sun and fewer cosmic rays meant fewer clouds and a warmer world. Friis-Christensen agreed with this explanation for the Sun’s role.”

Our solar system is passing through a cloud of interstellar material that shouldn’t be there, astronomers say. And now the decades-old Voyager spacecraft have helped solved the mystery. The cloud is called the “Local Fluff.” It’s about…

Three large explosions from the Sun over the past few days have prompted U.S. government scientists to caution users of satellite, telecommunications and electric equipment to prepare for possible disruptions over the next few days. “The…

In light of recent news, the following information is paramount. On July 14, 2010 we learned that our sun is passing through an interstellar energy cloud which excites/energizes the sun. NASA, along with The National Academy of Science…