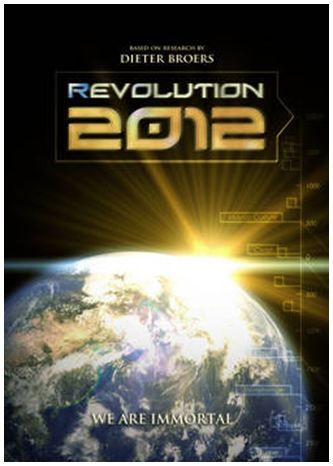 2012 – no other date in the near future seems to be as important. In addition to many fictional natural disasters (see Emmerich’s “2012”) that refer to the end of a great cycle as mentioned in the ancient Mayan calendar, more and more people also predict a spiritual revolution that the Earth is about to face. The dynamics of our times with all its implications are in favour of the theory that mankind is in the middle of a (r)evolutionary change of consciousness which could reach its peak in 2012. Scientists are convinced of the fact that the increasing global chaos is a necessary precondition for a next evolutionary step. Only by advancing our consciousness we can change the world.

In this extraordinary documentary, the biophysicist Dieter Broers brings together his own profound research with the conclusions of scientists of different special fields. They grasp the actual connection of mind and matter – a connection which enables us to understand the sense of our existence and demonstrates that we are immortal beings with an unlimited creative potential.

An interview with Dieter Broers in the Christmas edition of the high-circulation German TV Guide “Hörzu” sparked an unforeseen excitement. The key is the scientific approach and the subordinated aspect of spirituality resulting from it. Broers is one of the first researchers to show the correlation of the solar activity, the Earth’s magnetic field, and the Human consciousness. The book with the same title by Dieter Broers will be presented at the Frankfurt Book Fair 2009, published by Christian Strasser, Scorpio Verlag.

An interesting and great read for 2012

Hi, I’m Mary from Canada and I have just published my first book! My hope is to share it with as many 2012 websites as I can to help spread the message of hope to those who are hurting and confused. I was propelled to write this…

Until a couple of years ago there were not that many people who were acquainted with the end of the world 2012 prophecy that was put forward by many scholars who studied the end of the Mayan long calendar. This Long Count calendar has lasted…