The United States within three months of bankruptcy

For several months, the G20 and the IMF, but also Europe, Brazil, China, and rating agencies are urging the U.S. to clean up their deficit and debt dementia. Today, the U.S. federal government has the knife to her throat on Monday, the U.S. debt ceiling should touch her – already noted in January – set at 14.294 billion dollars, from which the U.S. can not borrow more. 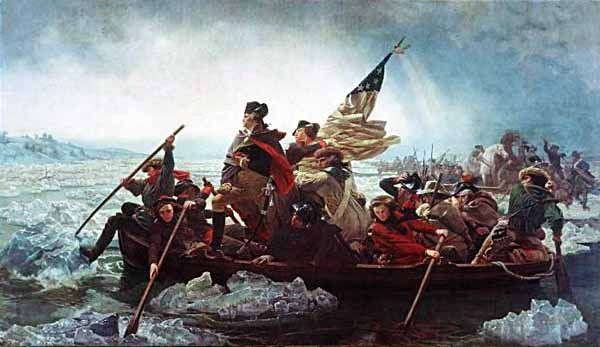 In other words, the United States are on the verge of bankruptcy. Given the urgency of the situation, the Treasury Secretary Tim Geithner gave a stay of 30 days to allow Congress to reach agreement with the White House. They have until August 2nd to negotiate a compromise, Republicans in Congress will not agree to vote on raising the debt ceiling until the government has not implemented an austerity budget.The United States shackle in effect three years of deficit exceeding 10% and no concrete and credible program of spending cuts are envisaged. Olivier Blanchard, chief economist of the IMF, the savings plan of 39 billion delivered on April 8 is “insufficient”.

Barack Obama has set a goal of reducing the U.S. budget deficit of 4000 billion dollars over the next twelve years. It sets the fiscal deficit to 2.5% of GDP in 2015, and wants it to be achieved by three-quarters of declines in spending.Objectives, but no clear way to reach them: during a visit to Facebook, the president spoke reform fiscalité.Sans give too many details, he has to attack the tax breaks for the wealthiest Americans, plans to limit military spending and aid to agriculture, and cutting in the health program, yet very popular Medicare.

“The financial equivalent of a nuclear bomb”

What would happen if the U.S. could no longer meet their debt, as was the case for Greece, Ireland, or Portugal? It would be “the financial equivalent of a nuclear bomb ‘, warns Aaron Kohli, a specialist in Treasury bills at Nomura Securities. The global cataclysm is such that people do not.”They must find a solution, they can not leave the financial world explode,” he reassured one analyst, who notes that the financial markets show no signs of concern about the ability of U.S. authorities to agree.

David Wyss, chief economist at ratings agency Standard and Poor’s, which recently threatened the U.S. triple-A, not only the Treasury “may continue to operate until August (through accounting manipulations, Ed), leaving the time in Congress to agree, but again, in case of emergency, the government “will pass the debt service as a priority.”

“The U.S. Postal Service on the brink of bankruptcy

“A rating agency of the U.S. deficit is moved

Wall Street did not move before Obama’s speech
Obama puts an end to tax breaks for the richest
Around the world, the administration is making the diet
Debt Crisis: Madrid hopes to avoid contagion
Europe adopts a plan of support to Ireland
Unknown

Seminars on the teachings of grigori grabovoi in the united states

SEMINARS ON THE TEACHINGS OF GRIGORI GRABOVOI IN THE UNITED STATES Dear followers of the Teachings of Grigori Grabovoi and sub-licensees! We would like to invite you to a free webinar at which the lecturer, Olga Toloshnaya, will…

Three enlightment, self, and the brain

How the brain change with final liberation…

On October 15th people from all over the world will take to the streets and squares. From America to Asia, from Africa to Europe, people are rising up to claim their rights and demand a true democracy. Now it is time for all of us to join…