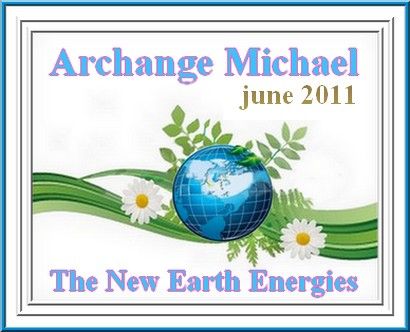 Beloved Family of Light, what a thrilling journey you are on at this time as you voyage with Timeship Earth into her New Reality and her new Timeline. Yes, so many of you have come to realize that what you call “life” on Earth is simply movement through Time and Space that creates the ongoing story of Evolution. You are Infinite Beings of Light and on this Planet Earth you are able to experience Time/Space by voyaging through the Stargates and along the Trajectories of Light that manifest the different levels of Experience that we call “Dimensions of Light”.

In this month of June you are entering into a Major Time Code Shift that will release and remove the Old Time Codes and replace them with the New Reality Time Codes and then bring these into balance in a recalibration of the Planetary Heart to the Cosmic Frequencies of Light. This will take place before and during the Total Lunar Eclipse on the 15th of June and leading up to and after the Solstice on the 21st of June.

Beloved Ones, at the previous Solstice, in December 2010, the Earth shifted to the new Timeline for the Fifth Dimension. In this last six month period, the Earth has settled into her New Frequencies and her New Trajectory aliging her with the 2012 Timegate. But, now at this time, and starting with the Lunar Eclipse, the Heart of the Planet will be recalibrated with the Cosmic Frequencies of Light by means of a Time Code Shift that will be focussed on two points on the Planetary Grids…the Stonehenge complex in England and the Giza complex in Egypt.

The Sacred Sites on the Earth act as Nodal points in the Light Body of the Earth. Many of these Sacred Sites have been abused in the Third Dimensional Reality in the past, but they have been cleansed and realigned in recent years on the Higher Dimensions so that they are ready to function once again as receptors of Cosmic Light and Codes in the key points in which they were situated on the Planet.

The Lunar Codes that are released in a Total Lunar Eclipse carry the Time Codes or instructions for the Earth’s journey through Time and Space. Lunar Codes are held deep in the Subconscious of the Planetary psyche, and they provide the blueprint or template for manifestation in the external or Solar Reality. In this Key Shift, the Old Codes for the Third Dimensional manifestation will be completely replaced by the New Codes for the New Earth Reality of Peace and Light.

The Old Time Codes of the Third Dimension encoded the energies of Separation and Individual ego selfhood. It was a Finite Reality based in Linear Time and deeply disconnected from that which you call Nature. It encoded deeply held inner energies of guilt, wounding, suffering and a need for redemption. This desire for redemption led to the rise of myths of Saviors and Messiahs, taking away your own sovreign power to create and manifest.

The New Time Codes will encode the energies of Unity and Connection on all Levels. They will encode the spiral and cyclical power of the unfolding of Space/Time, as on the Higher Dimensions, and will allow for the Reconnection with Nature and with the Planet as a Being of Light. They will empower Individual Sovreign beings to connect in Communities of Light to assist in the Re-creation of the Earth as a Multi-Dimensional Home for the New Human Angelic Being of Light that you are Becoming.

All Sacred Sites were originally encoded with these blueprints for Multi-Dimensionality, but these were lost after humanity descended into the Third Dimension and began to move away from the pure Light of the Cosmic Heart. Now, Beloved Ones, that you are returning, these Sacred sites are being Reconnected and Reactivated to their original Light and Purpose. Please understand, Beloved Ones, that it is not necessary to destroy either the Earth or her Sacred Sites in order to cleanse and heal. This cleansing and healing process is taking place as the Earth realigns with the Cosmic Heart and moves forward in her Journey through the remaining Stargates in 2011 and 2012.

You have recently been introduced to the Constellation of Ophiucus and the 13th House of the Stellar zodiac. When the Lunar Eclipse begins, the moon will be rising over Stonehenge in the Constellation/House of Ophiucus, and it will activate the Time Codes in this Complex to align with the Cosmic Light frequencies. At the same time, the Giza complex will also activate and align in the process of recalibration. Then, these New Time Codes will be transmitted through the Planetary Grid system that forms the Light Body of the Earth, and all the Sacred Sites and Nodes that are prepared will activate and recalibrate to the New Time Codes.

The Ophiucan energies carry the Codes of Healing and Transformation and Support, and this energy will surge through the Grids as well, bringing much needed healing and support to those who open their Hearts to receive the Healing energies of Ophiucus as they are initiated into the Consciousness of the New Fifth-Dimensional Earth!

Love and Peace are Frequencies of Light

Beloved Family of Light, after the Total Lunar Eclipse there will be some very powerful moments of realignment and recalibration at the Solstice on the 21st of June. Those who have allowed the recalibration of their Light Being to the New Time Codes will find themselves moving into the Frequency of Love and Peace. But, the opposite will be true of those who are still clinging to the Third Dimensional Reality, for their version of Time/Space will no longer be supported by the Deep Codes, and the crumbling of illusions will accelerate and become evert more clear and obvious. Indeed, there may be anxiety and panic among those who cannot as yet feel the vibration of the new as it aligns with the Future Earth manifesting in the Now.

Indeed, we say to you that Love and Peace are a Frequency of Light. They are not emotions or even feelings as such, they are alignment with the Codes of Light that carry the information of Divine Creative Will. Those who enter into Multi-Dimensional Consciousness learn how to allow themselves to surrender to the Flow of Divine Light and Divine Will, and to enter into the Frequency of Love and Peace.

Beloved ones, to be in the Frequency of Love you do not have to prove yourself or work on youtself or be something that you are not as yet, you are Love and you express that Truth when you simply align with the Frequency of Divine Will and Cosmic Light. There is nothing to learn or achieve ….you simply allow the Light to flow through you as you become the “Eye of God”. Divine Intelligence experiences itself as Love through You! It is simple when you allow this Flow and this alignment!

Beloved Ones, to be in the Frequency of Peace is not just to end war and aggression. It is to shift into the vibration of Divine Peace that flows from the Heart of the Divine. When you allow that vibration to flow through you….you become the Peace of God at all times. In this New Earth, you will align with Peace and you will become Peace.

The New Time Codes will support this process of shifting into this Flow and Frequency of Light.

It simply is a moment of Great Joy and Light and Love, dearly Beloved Family of Light! We celebrate with you!

And so we wish you Joy and Adventure in this New Journey. We think perhaps in this Moment we should call you “Time Navigators” as well as “Lightworkers”. For, as you work with the Light and Time Codes, you are also navigating the TimeGates for TimeShip Earth on her Infinite Voyage of Light!

You are free to copy, distribute, display, and perform the work under the following conditions: You must give the author credit, you may not use this for commercial purposes, and you may not alter, transform or build upon this work. For any reuse or distribution, you must make clear to others the license terms of this work. Any of these conditions can be waived if you get permission from the copyright holder. Any other purpose of use must be granted permission by author.
Celia Fenn

Message from Archangel Michael of June 2011 ” A LIGHT EPIDEMIC IS SWEEPING THE EARTH ” Transmitted Through Ronna Herman Beloved masters, there is a Light epidemic whereby every person on Earth is being bombarded by the refined frequencies…

Endings and Beginnings The Sacred Union of Divine Light The New Earth Energies Archange Michael through Célia Fenn Beloved Family of Light, after the Great Shifts that were experienced in June, you are now in a process of integration and…