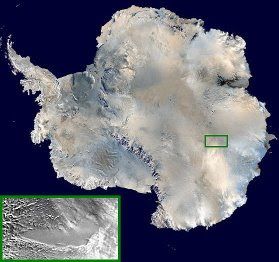 It sometimes seems as if our planet has no secrets left – but deep beneath the great Antarctic ice sheet scientists have made an astonishing discovery. They’ve found one of the largest lakes in the world. It’s very existence defies belief. Scientists are desperate to get into the lake because its extreme environment may be home to unique flora and fauna, never seen before, and NASA are excited by what it could teach us about extraterrestrial life. But 4 kilometers of ice stand between the lake and the surface, and breaking this seal without contaminating the most pristine body of water on the planet is possibly one of the greatest challenges science faces in the 21st century. 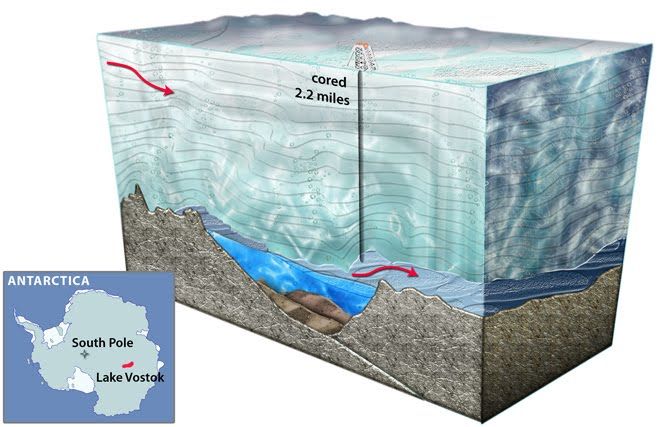 In 1957 the Russians established a remote base in Antarctica – the Vostok station. It soon became a byword for hardship – dependent on an epic annual 1000km tractor journey from the coast for its supplies. The coldest temperature ever found on Earth (-89°C) was recorded here on the 21st July 1983. It’s an unlikely setting for a lake of liquid water. But in the 1970’s a British team used airborne radar to see beneath the ice, mapping the mountainous land buried by the Antarctic ice sheet. Flying near the Vostok base their radar trace suddenly went flat. They guessed that the flat trace could only be from water. It was the first evidence that the ice could be hiding a great secret.

But 20 years passed before their suspicions were confirmed, when satellites finally revealed that there was an enormous lake under the Vostok base. It is one of the largest lakes in the world – at 10,000 square km it’s about the extent of Lake Ontario, but about twice as deep (500m in places). The theory was that it could only exist because the ice acts like a giant insulating blanket, trapping enough of the earth’s heat to melt the very bottom of the ice sheet.
N.a

Have you been noticing a rise on reported aerial visual and auditory anomalies? Weird sounds coming from the earth and sky seem to be reported from different countries throughout the past few years. As recently as this month, there have been…