Browse> Home / General / Strange sounds all around the world

Have you been noticing a rise on reported aerial visual and auditory anomalies? Weird sounds coming from the earth and sky seem to be reported from different countries throughout the past few years. As recently as this month, there have been a few reports from Canada and Ukraine in which people describe either strange mechanical sounds emanating from the skies or a combination of low rumbling and low frequency hums.

Throughout the past few years, there has been an increase in aerial anomalies reported throughout the world. The Sydney spiral UFO that was reported last summer as well as the awesome Norway spiral that captured the world’s attention. 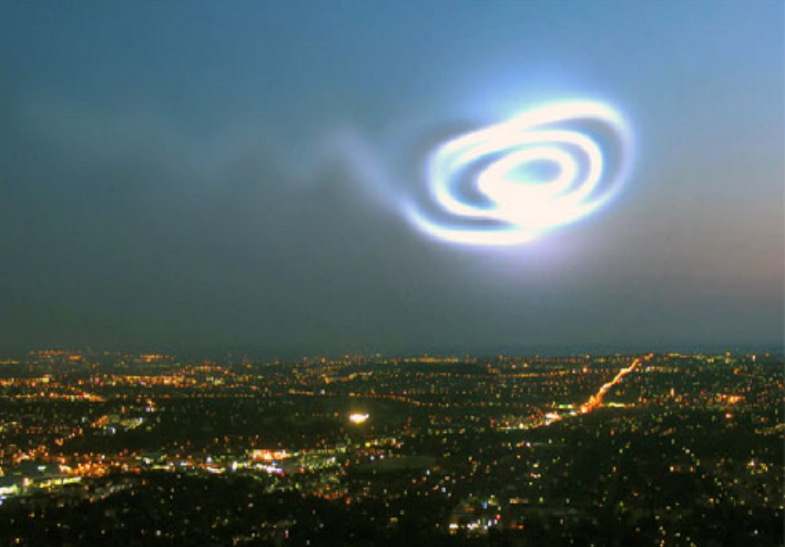 Meteorologists, astronomers and Armed Forces have been unable to explain the lights

These major world headlines captured the imagination of many. Online rumors began to spring up immediately with people claiming that this was some obscure government war project to cries of alien invasions. We heard them all.

But there is a more serious and strange phenomenon being reported across several continents. Loud and mechanical sounds were recently reported in Kiev, Ukraine. A YouTube user from Kiev uploaded a couple of videos in which he claims capture the strange sound heard above the city.

YouTube has an interesting collection of videos in where people record these strange vibrations and noises. For example, the following compilation of this strange phenomena was uploaded by fidockave213 over at YouTube. It starts off by showing the famous Kiev, Ukraine, “mech noises” and goes on to show some interesting footage of other noises that are similar but heard throughout different parts of the world. Interestingly enough, the video also shows footage of the Windsor rumblings that were reported here on GhostTheory earlier this week. Watch it:

“It was recorded on 5 floor of building. Civil work are really spent in several the next houses, and it is audible on video. But these civil work – as if mosquito peep in this awful rumble. Neither force, nor power of a building sound doesn’t come within miles that was audible. Turn on your sound dynamics to a maximum, and you will hear almost the same effect which was when I heard it in live.”
This video was recorded using videocamera, but first minutes of the video the lens cover is closed to recording sound. Also, look at the clouds on the end of this video”

Just what exactly is going on? Is this all just a coincidence? A hoax from the Ukraine (given that both videos from the Ukraine are from the same user) or is this come type of military project like HAARP?

What is causing the strange noises being reported? Is this part of hoax? Or is this some sort of secret technological weapon being developed and tested by some obscure military division? Could the rumblings, vibrations and sounds heard in Canada be a product of this technology?
Or am I just kidding myself, and you as well? Well, let’s take this following video into consideration. The video is said to have been filmed on June 22, 2010, in British Columbia. The video starts off with a high pitched sound being heard and recorded early in the day. Just a few hours later, the person who had recorded the strange sound noticed that there were some ionosphere lights showing across the sky. These are sometimes referred to as “earthquake lights“. Surprisingly a 5.0-magnitude earthquake was registered across Canada just a mere 11 hours later. All of this was caught on tape:

Of course, you’d first have to trust the people who record these strange sounds. Trust that they are not artificially embedding the sounds onto the video, and trust that the videos were recorded on the dates specified. If we were to trust these people, then we are left with the question: “What the hell are these sounds and tremors?”

Many are already blaming HAARP for the sounds. Saying that HAARP’s research into the Earth’s ionosphere has something to do with the “New World Order”. Which makes for a entertaining conversation but that’s about it. If you were to follow and listen to conspiracy theorists, you’d probably remain indoors for the rest of your life.

There are several other videos floating around YouTube about “strange sounds from the sky”. Take the following for example: