Mayan Secrets to Be Revealed by Mexican Government

The Mexican government is releasing state-held secrets about the end of the Mayan calendar to the makers of a documentary, “Revelations of the Mayans 2012 and Beyond,” TheWrap has learned.

The end of the Mayan calendar in December 2012 has long given rise to theories and speculation about the end of the world.

The agreement will allow Julia-Levy to film in never-before-seen locations.

“The Mayans used to construct one pyramid over another,” tourism minister for the Mexican state of Campeche Luis Augusto Garcia Rosado told TheWrap. “In the site at Calakmul (pictured below right), workers for INAH [the National Institute of Anthropology and History] have discovered rooms inside the pyramid that have never been seen or explored before.

“And we’re letting this documentary film there, to see what has been discovered inside the pyramid.”

Julia-Levy (above) said he’d been made aware of the secret Mayan information by former Mexican president Vicente Fox — a friend of his family — and that it took four years of phone calls to finally get the OK from current president Felipe Calderon.

“This is very important for humanity, not just for Mexico,” said Julia-Levy. “This information has been protected for 80 years, and now it’s important for people to understand the series of events that are coming, and the consequences for all of us.” 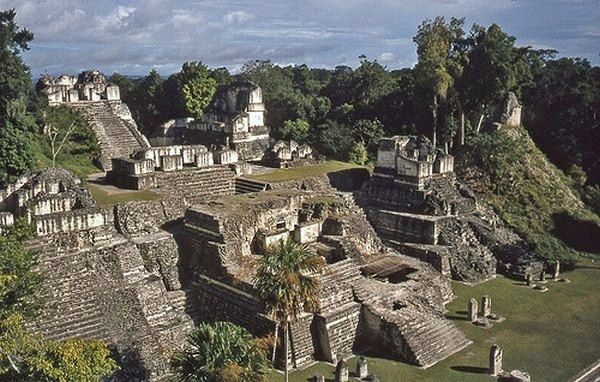 The English-language documentary will be directed by Juan Carlos Ruflo (whose other films include the 2006 Sundance winner “In the Pit”), and will begin shooting later this year. Elbert said the filmmakers are talking to investors and waiting for the government to give them their first look at the material and the site.

One big condition from the Mexican government was that the film get an initial theatrical release, which is planned for next fall, said Ed Elbert who is co-producing along with Julia-Levy and Sheila M. McCarthy and executive producer Eduardo Vertiz.

That’s the date that the Mayan calendar — which some believe predicts a worldwide cataclysm — comes to the end of a 5,126-year cycle, and resets for another cycle.

Julia-Levy has been specifically ordered not to talk about any of the more mystical possibilities that might strain credulity as Mexico prepares to launch the far-reaching (and tourism-inducing) 2012 Mayan World Program.

At one point, Rosado was quoted in a press release talking about contact between the Mayans and extraterrestrials. That statement has been recalled, and Rosado now paints this as a simpler, more archaeological-oriented documentary.

“At the moment, talk of the Mayans is a big thing,” Rosado said.

Will the World End in 2012? Read Here for the Answer! Rumors are rife around the world about 2012 end of the world. News channel, websites, movies, music videos are constantly adding to this phenomenon. Yet, consolidation of the fact is absent….

Interest is growing worldwide about The Mayan Calendar. Some have predicted the end of the world or it brings changes of epic proportions. But what does the scientist, who has been investigating the Mayan calendar for more than 30 years, have…