Browse> Home / General / UFO At The Bottom Of The Baltic Sea?

An ocean exploration team led by Swedish researcher Peter Lindberg has found what some are suggesting is a crashed flying saucer.
Lindberg’s team, which has had success in the past recovering sunken ships and cargo, was using sonar to look for the century-old wreck of a ship that went down carrying several cases of a super-rare champagne. Instead, the team discovered what it claims is a mysterious round object that might (or might not) be extraterrestrial.

Lindberg explained to local media that his crew discovered, on the 300-foot-deep ocean floor between Finland and Sweden, “a large circle, about 60 feet in diameter. You see a lot of weird stuff in this job, but during my 18 years as a professional I have never seen anything like this. The shape is completely round.”

Adding to the mystery at the bottom of the Gulf of Bothnia, Lindberg said he saw evidence of scars or marks disturbing the environment nearby, suggesting the object somehow moved across the ocean floor to where his team found it.

It’s not clear what to make of this report, or the video of the sonar scan that shows the object, but Swedish tabloids and Internet UFO buffs have had a field day. Some suggest the object is a flying saucer of extraterrestrial origin (and the seafloor scars were dug up when it crashed), though of all the things that might create a round sonar signature, that seems to be among the more outlandish. It might be a natural feature formation, or possibly a sunken, round human-made object.

Lindberg’s claim that the object “is perfectly round” may or may not be accurate; while it looks round from the information so far, the resolution of the sonar image was not high enough to verify that it is indeed round. And while the lines that appear to be leading to (or from) the feature may suggest some sort of movement, it’s also possible they have nothing to do with the object.
Lindberg himself did not suggest that it was of extraterrestrial origin, though he did speculate that it might be a “new Stonehenge.” 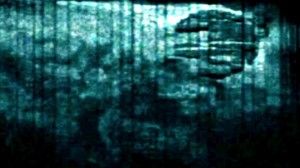 This is not the first time a sunken object has been presented as the solution to a mystery. Take, for example, the famous underwater mystery of the “Bimini Road,” a rock formation in the Caribbean near the Bahamas that resembles a road or wall. Many New Agers and conspiracy theorists claimed that the rocks were too perfectly shaped to be natural, and that they were either made by an unknown civilization or left behind by the lost city of Atlantis. In fact, geologists have identified the blocks as unusually shaped but perfectly natural weathered beach rock.
It’s also worth noting that UFOs may not be saucer-shaped. The famous “flying saucer” description of the first UFO has since been revealed as a reporting error.
Lindberg said his team has neither the interest nor the resources for further investigation of the anomaly. Deep ocean research is time-consuming and expensive. If the object were indeed a flying saucer, recovering it could be worth millions or billions of dollars. If it’s a natural formation, on the other hand, it would probably be a waste of time and money.

The Ocean Explorer team, an experienced group of Swedish salvagers, plans to revisit the area where the object was discovered.
(Credit: Peter Lindberg)

Magnesium: Medical Miracle from the Sea

The new releasing of documents from the FBI’s online database and the UK’s National Archives show that despite the Hollywood imagery and attempts to discredit all belief in life outside our planet, extraterrestrial activity has been and…

According to Professor Reinaldo Rios “the document belongs to the special agent Guy Hottel with offices in Washington, reveals sending a memo to the director of the office in March 1950. “An Air Force investigator said that three of the…