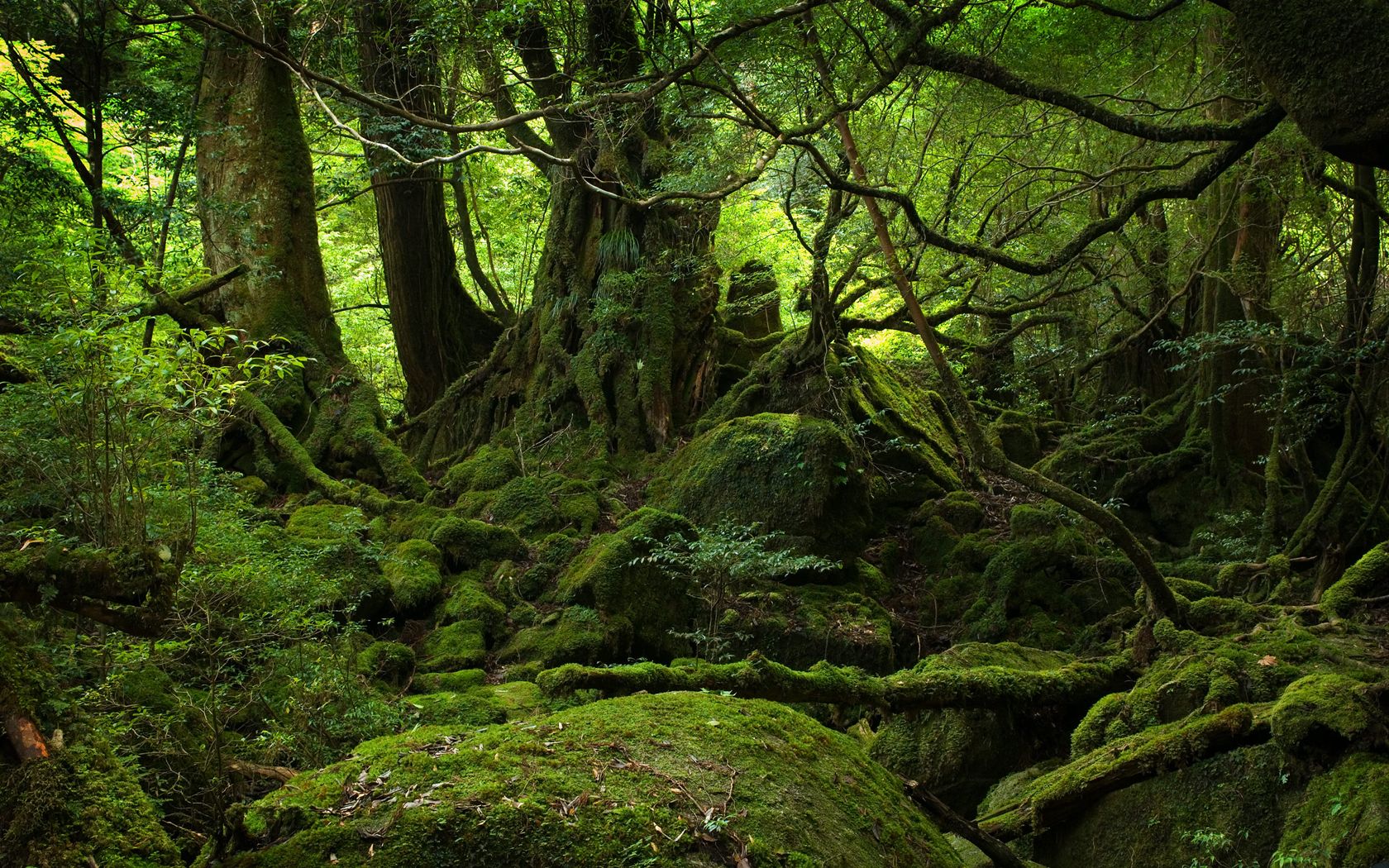 2.1 Yoga in the form of action (kriya yoga) has three parts: 1) training and purifying the senses (tapas), 2) self-study in the context of teachings (svadhyaya), and 3) devotion and letting go into the creative source from which we emerged (ishvara pranidhana).

2.2 That Yoga of action (kriya yoga) is practiced to bring about samadhi and to minimize the colored thought patterns (kleshas).

2.3 There are five kinds of coloring (kleshas): 1) forgetting, or ignorance about the true nature of things (avidya), 2) I-ness, individuality, or egoism (asmita), 3) attachment or addiction to mental impressions or objects (raga), 4) aversion to thought patterns or objects (dvesha), and 5) love of these as being life itself, as well as fear of their loss as being death.

2.4 The root forgetting or ignorance of the nature of things (avidya) is the breeding ground for the other of the five colorings (kleshas), and each of these is in one of four states: 1) dormant or inactive, 2) attenuated or weakened, 3) interrupted or separated from temporarily, or 4) active and producing thoughts or actions to varying degrees.

2.6 The coloring (klesha) of I-ness or egoism (asmita), which arises from the ignorance, occurs due to the mistake of taking the intellect (buddhi, which knows, decides, judges, and discriminates) to itself be pure consciousness (purusha).

2.9 Even for those people who are learned, there is an ever-flowing, firmly established love for continuation and a fear of cessation, or death, of these various colored modifications (kleshas).

2.10 When the five types of colorings (kleshas) are in their subtle, merely potential form, they are then destroyed by their disappearance or cessation into and of the field of mind itself.

2.11 When the modifications still have some potency of coloring (klishta), they are brought to the state of mere potential by meditation (dhyana).

2.12 Latent impressions that are colored (karmashaya) result from other actions (karmas) that were brought about by colorings (kleshas), and become active and experienced in a current life or a future life.

2.13 As long as those colorings (kleshas) remains at the root, three consequences are produced: 1) birth, 2) span of life, and 3) experiences in that life.

2.14 Because of having the nature of merits or demerits (virtue or vice), these three (birth, span of life, and experiences) may be experienced as either pleasure or pain.

2.15 A wise, discriminating person sees all worldly experiences as painful, because of reasoning that all these experiences lead to more consequences, anxiety, and deep habits (samskaras), as well as acting in opposition to the natural qualities.

2.16 Because the worldly experiences are seen as painful, it is the pain, which is yet to come that is to be avoided and discarded.

2.17 The uniting of the seer (the subject, or experiencer) with the seen (the object, or that which is experienced) is the cause or connection to be avoided.

2.18 The objects (or knowables) are by their nature of: 1) illumination or sentience, 2) activity or mutability, or 3) inertia or stasis; they consist of the elements and the powers of the senses, and exist for the purpose of experiencing the world and for liberation or enlightenment.

2.20 The Seer is but the force of seeing itself, appearing to see or experience that which is presented as a cognitive principle.

2.21 The essence or nature of the knowable objects exists only to serve as the objective field for pure consciousness.

2.22 Although knowable objects cease to exist in relation to one who has experienced their fundamental, formless true nature, the appearance of the knowable objects is not destroyed, for their existence continues to be shared by others who are still observing them in their grosser forms.

2.23 Having an alliance, or relationship between objects and the Self is the necessary means by which there can subsequently be realization of the true nature of those objects by that very Self.

2.24 Avidya or ignorance (2.3-2.5), the condition of ignoring, is the underlying cause that allows this alliance to appear to exist.

2.25 By causing a lack of avidya, or ignorance there is then an absence of the alliance, and this leads to a freedom known as a state of liberation or enlightenment for the Seer.

2.26 Clear, distinct, unimpaired discriminative knowledge is the means of liberation from this alliance.

2.27 Seven kinds of ultimate insight come to one who has attained this degree of discrimination.

2.28 Through the practice of the different limbs, or steps to Yoga, whereby impurities are eliminated, there arises an illumination that culminates in discriminative wisdom, or enlightenment.

2.29 The eight rungs, limbs, or steps of Yoga are the codes of self-regulation or restraint (yamas), observances or practices of self-training (niyamas), postures (asana), expansion of breath and prana (pranayama), withdrawal of the senses (pratyahara), concentration (dharana), meditation (dhyana), and perfected concentration (samadhi).

2.30 Non-injury or non-harming (ahimsa), truthfulness (satya), abstention from stealing (asteya), walking in awareness of the highest reality (brahmacharya), and non-possessiveness or non-grasping with the senses (aparigraha) are the five yamas, or codes of self-regulation or restraint, and are the first of the eight steps of Yoga.

2.31 These codes of self-regulation or restraint become a great vow when they become universal and are not restricted by any consideration of the nature of the kind of living being to whom one is related, nor in any place, time or situation.

2.32 Cleanliness and purity of body and mind (shaucha), an attitude of contentment (santosha), ascesis or training of the senses (tapas), self-study and reflection on sacred words (svadhyaya), and an attitude of letting go into one’s source (ishvarapranidhana) are the observances or practices of self-training (niyamas), and are the second rung on the ladder of Yoga.

2.33 When these codes of self-regulation or restraint (yamas) and observances or practices of self-training (niyamas) are inhibited from being practiced due to perverse, unwholesome, troublesome, or deviant thoughts, principles in the opposite direction, or contrary thought should be cultivated.

2.34 Actions arising out of such negative thoughts are performed directly by oneself, caused to be done through others, or approved of when done by others. All of these may be preceded by, or performed through anger, greed or delusion, and can be mild, moderate or intense in nature. To remind oneself that these negative thoughts and actions are the causes of unending misery and ignorance is the contrary thought, or principle in the opposite direction that was recommended in the previous sutra.

2.35 As a Yogi becomes firmly grounded in non-injury (ahimsa), other people who come near will naturally lose any feelings of hostility.

2.36 As truthfulness (satya) is achieved, the fruits of actions naturally result according to the will of the Yogi.

2.37 When non-stealing (asteya) is established, all jewels, or treasures present themselves, or are available to the Yogi.

2.38 When walking in the awareness of the highest reality (brahmacharya) is firmly established, then a great strength, capacity, or vitality (virya) is acquired.

2.39 When one is steadfast in non-possessiveness or non-grasping with the senses (aparigraha), there arises knowledge of the why and wherefore of past and future incarnations.

2.40 Through cleanliness and purity of body and mind (shaucha), one develops an attitude of distancing, or disinterest towards one’s own body, and becomes disinclined towards contacting the bodies of others.

2.41 Also through cleanliness and purity of body and mind (shaucha) comes a purification of the subtle mental essence (sattva), a pleasantness, goodness and gladness of feeling, a one-pointedness with intentness, the conquest or mastery over the senses, and a fitness, qualification, or capability for self-realization.

2.42 From an attitude of contentment (santosha), unexcelled happiness, mental comfort, joy, and satisfaction is obtained.

2.43 Through ascesis or training of the senses (tapas), there comes a destruction of mental impurities, and an ensuing mastery or perfection over the body and the mental organs of senses and actions (indriyas).

2.44 From self-study and reflection on sacred words (svadhyaya), one attains contact, communion, or concert with that underlying natural reality or force.

2.45 From an attitude of letting go into one’s source (ishvarapranidhana), the state of perfected concentration (samadhi) is attained.

2.46 The posture (asana) for Yoga meditation should be steady, stable, and motionless, as well as comfortable, and this is the third of the eight rungs of Yoga.

2.47 The means of perfecting the posture is that of relaxing or loosening of effort, and allowing attention to merge with endlessness, or the infinite.

2.48 From the attainment of that perfected posture, there arises an unassailable, unimpeded freedom from suffering due to the pairs of opposites (such as heat and cold, good and bad, or pain and pleasure).

2.49 Once that perfected posture has been achieved, the slowing or braking of the force behind, and of unregulated movement of inhalation and exhalation is called breath control and expansion of prana (pranayama), which leads to the absence of the awareness of both, and is the fourth of the eight rungs.

2.50 That pranayama has three aspects of external or outward flow (exhalation), internal or inward flow (inhalation), and the third, which is the absence of both during the transition between them, and is known as fixedness, retention, or suspension. These are regulated by place, time, and number, with breath becoming slow and subtle.

2.51 The fourth pranayama is that continuous prana which surpasses, is beyond, or behind those others that operate in the exterior and interior realms or fields.

2.52 Through that pranayama the veil of karmasheya (2.12) that covers the inner illumination or light is thinned, diminishes and vanishes.

2.53 Through these practices and processes of pranayama, which is the fourth of the eight steps, the mind acquires or develops the fitness, qualification, or capability for true concentration (dharana), which is itself the sixth of the steps.

2.54 When the mental organs of senses and actions (indriyas) cease to be engaged with the corresponding objects in their mental realm, and assimilate or turn back into the mind-field from which they arose, this is called pratyahara, and is the fifth step.

2.55 Through that turning inward of the organs of senses and actions (indriyas) also comes a supreme ability, controllability, or mastery over those senses inclining to go outward towards their objects.
Patanjali