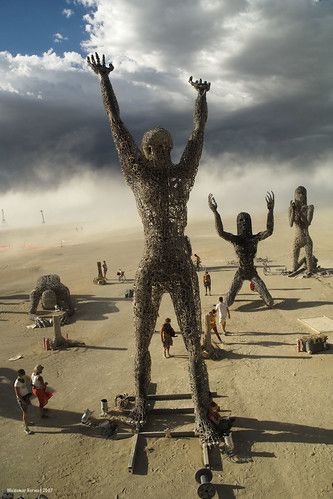 It was a time when in the face of great change, on the sur­face, every­thing seemed the same. Jobs were still scarce and peo­ple were still los­ing their homes. Money was still the cur­rency of pol­i­tics, cor­po­rate exec­u­tives and Wall St. bankers still were paid yearly salaries most peo­ple would work a life­time for and never achieve. The rich had it beyond good and the poor had long ago fallen through the cracks.

And some who sought the high­est office of the land would declare that gov­ern­ment has no role in help­ing those who fal­ter. They would pro­claim that those who work hard and suc­ceed have no duty or respon­si­bil­ity to extend a hand to those less equipped than they. He who has, deserves. He who has not, deserves not. Let those who fall be con­sumed by the forces of nature, like the ani­mals in the jun­gle, they declared. And lest their car­casses lit­ter the land­scape, let them also fig­ure out for them­selves how to deal with sick­ness, old age and death.

It appeared there was no love in the land and fear seemed to rule the day. Fear breeds mis­trust, and in their fear, the peo­ple turned on each other. They were no longer each other’s neigh­bors and fel­low coun­try­men. They became each other’s ene­mies. Their hearts and minds were poi­soned with lies mas­querad­ing as truths. No one knew who to trust or what to believe any­more. Thus, they were ren­dered eas­ily con­trol­lable by those in power.

On the sur­face, it didn’t look good for them. It looked like the good guys were los­ing, yet again. That is, unless you’d devel­oped an eye for look­ing between the cracks and read­ing between the lines. Unless you were attuned for see­ing what is not obvi­ous and hear­ing beyond words, you were likely to miss it. Yet there, grow­ing ever so imper­cep­ti­bly in the dark, a tiny ray of hope emerged. It was shy at first. Its tiny ray barely cast any light upon the earth.

But there were those who felt it before any­one saw it. Hav­ing stood vigil for mil­len­nia, in their hearts, they shel­tered the spark that would ignite the flame that would illu­mi­nate the world again.

And then, when the world was at its dark­est, one of them shook off her slum­ber, opened her eyes and declared her­self awake. As she stood up, the dark­ness sur­round­ing her was flooded with light and there was warmth and love in her midst. She turned to those around her and saw they were asleep. Gen­tly, she tapped them on the shoul­der and encour­aged them to awaken. As the oth­ers awak­ened, they stood up and there was more light and love in their midst. They looked around and saw still more who were asleep and so it went. Those who’d been sleep­ing awak­ened and saw what there was to do.

In the end, after so long in dark­ness, it took but a moment for the light to return. It only takes one spark to ignite a for­est fire, and in the end that’s how it went. Human hearts awak­en­ing, the fires of unity spread­ing in an instant, and the last human being awakened.

This brings us to the myth of the “Hun­dredth Mon­key” — a new age alle­gory that refers to the time when a crit­i­cal mass is achieved and col­lec­tive behav­ior shifts. Sto­ry­tellers, philoso­phers, astrologers and indige­nous peo­ple have pointed to this time, 2012, as the time of the “Great Awakening.”

Peter Rus­sell, author of Wak­ing Up in Time, calls it time wave zero, the time when time ends as we know it. A time beyond time, beyond mea­sur­able time any­way. The prophe­cies sur­round­ing this age are filled with con­flict­ing pre­dic­tions. Time will end, the world will end, apoc­a­lypse now vs. com­plete par­a­digm shift, human­ity evolves to the next level and har­mony will reign upon the earth.

No one knows what the future holds. We don’t even know what the next breath will bring us. But I won­der what would hap­pen if enough peo­ple held a vision around a “Great Awak­en­ing” to begin at an appointed hour? What would hap­pen if a crit­i­cal mass of human beings opened them­selves to the pos­si­bil­ity that a col­lec­tive event, like a mas­sive par­a­digm shift, could happen?

What­ever these times may be, Mayan proph­esy aside, we are the ones occu­py­ing planet Earth in 2012. We are the ones whose choices set the stage for all that fol­lows. We are the ones who, in our daily lives, either allow our inner light to shine in the world, express­ing love and reflect­ing the high­est good for all of mankind, or out of a mis­taken belief that there is a lim­ited sup­ply, or that who we are is not enough, shield our inner light from view. Whether or not there is a col­lec­tive event that involves a “Great Awak­en­ing” for mankind depends upon our col­lec­tive will­ing­ness to have it be so.

Clearly there is work to be done. Can we do it? The eter­nal opti­mist in me says absofrickin­lutely we can! Will it hap­pen in our life­times? Who knows? That part is not my con­cern. My only con­cern is that I live my own life aligned with the val­ues I believe are essen­tial for this event to occur and that I encour­age oth­ers to encour­age oth­ers do the same.

What are those essen­tial val­ues to live by? Here’s my list. I don’t claim for it to be the last word on the sub­ject. I’d love to hear yours.

1) Accept per­sonal respon­si­bil­ity — 100 per­cent of the time. No excep­tions. Respon­si­bil­ity is not blame. It is a choice, a place to stand, from which free­dom, alive­ness and cre­ativ­ity is possible.

2) Hon­esty — 100 per­cent of the time. Tell the truth as you know it, espe­cially when it’s uncom­fort­able. No exceptions.

3) Integrity — Honor and live as your word.

4) Authen­tic­ity — Be and live as who you are. You’re the only you, every­one else is taken.

5) Gen­eros­ity — Live from an open, giv­ing heart. What goes around comes around.

6) Con­tri­bu­tion — Make a dif­fer­ence in the lives of oth­ers. Life has mean­ing and pur­pose when we live for some­thing larger than ful­fill­ing our own per­sonal needs.

7) One­ness — Love my neigh­bor as myself. We are one and the same. Out­wardly dif­fer­ent, inwardly the same. All is one.

8) Love — Give it, be it, express it, be open to receive it. Love is all there really is. Every­thing else is the absence of love.

9) Abun­dance — We live in an abun­dant uni­verse. There is enough of every­thing, despite appear­ances. Live from the over­flow. The source of love is infinite.

10) Vision — Cre­ate a vision for your life that is large enough to hold your dreams. Live from your vision, not from cir­cum­stances. Vision trumps cir­cum­stances every time.

This is just a begin­ning. Spend some time with this and you’ll come up with many more. Please do share them here as well as your thoughts about the 100th Mon­key and the new year.
Judith Rich

Until a couple of years ago there were not that many people who were acquainted with the end of the world 2012 prophecy that was put forward by many scholars who studied the end of the Mayan long calendar. This Long Count calendar has lasted…

Revolution 2012 2012 – no other date in the near future seems to be as important. In addition to many fictional natural disasters (see Emmerich’s “2012”) that refer to the end of a great cycle as mentioned in the ancient Mayan calendar, more…

An interesting and great read for 2012

Hi, I’m Mary from Canada and I have just published my first book! My hope is to share it with as many 2012 websites as I can to help spread the message of hope to those who are hurting and confused. I was propelled to write this…