Fears over outbreak after 12 infected with new swine flu strain in U.S

Twelve Americans have been reported infected with a mutating and now possibly human-to-human transmitted form of the H1N1 Swine Flu virus called H3N2v. 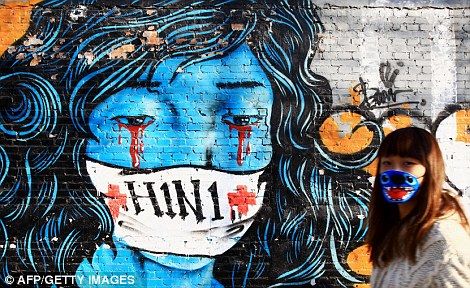 An investigation undertaken by the U.S. Center for Disease Control and Prevention found that human infections of these viruses followed contact with swine as well as through ‘limited human-to-human transmission.’

‘While there is no evidence that sustained human-to-human transmission is occurring, all influenza viruses have the capacity to change and it’s possible that this virus may become widespread,’ the CDC explained through their website. 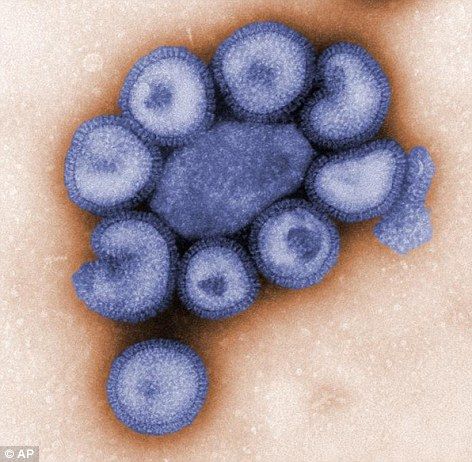 Breaking: The Center for Disease Control and Prevention has announced 12 Americans falling ill to a new flu strain with the same ‘matrix gene segment’ found in the previous H1N1 virus shown

According to the report presented by the CDC, the virus has been found in five states sprawled around the East Coast and Midwest since August of 2011, though in a late November report they listed the first as being in July.

Two of the 12 reported have been in Indiana, three in Iowa, two in Maine, three in Pennsylvania, and two in West Virginia.

Scare: During the H1N1 outbreak between 2009 and mid-2010, however, over 17,000 victims died worldwide labeling it as a pandemic by the World Health Organization

Out of 10 diagnosed with the virus excluding West Virginia’s two victims – reported in the CDC’s November report – three were hospitalized.

The CDC stated that the severity in illness following diagnosis with the virus has been found similar to previous flu virus infections with mild illness.
Transmitting: Three hospitalizations were reported within 10 of the 12 illnesses by the CDC since last summer while three of them were children who are believed to have transmitted it between one another and recovered

Transmitting: Three hospitalizations were reported within 10 of the 12 illnesses by the CDC since last summer while three of them were children who are believed to have transmitted it between one another and recovered

In a report released by the CDC on November 22, the three Iowa victims were identified as three children, explained as all having the virus with the same ‘matrix gene segment’ that was in the previous H1N1 virus.

‘Prior to the three cases in Iowa, most human infections with this virus were associated with exposure to swine,’ the CDC’s report reads.

‘In Iowa, however, no swine exposure has been identified. At this time, it appears that unsustainable human-to-human transmission may have occurred,’ it explains.

While those three children, who were described as in close contact to one another, recovered from the virus, the CDC cautioned in their later 2011 report that, ‘These viruses are substantially different from human influenza A (H3N2) viruses, so the seasonal vaccine is expected to provide limited cross-protection among adults and no protection to children.’

The swine flu strain’s catastrophic impact deemed it a pandemic by the World Health Organization.

With the H1N1 virus, most of those hospitalized were younger adults and children rather than the elderly.

The Web Bot and ALTA Reports for the years 2011-12 and beyond (“The Shape of Things to Come (2011/2012) – Issue Nine (9)”) – predicts a period of food hyperinflation, earth changes including “planetary earthquakes”, social chaos, and…

Seeing 12:12 and the Merkaba Field

I tend to see number patterns fairly frequently like 11:11, 4:44 and so on. But lately, I have also started seeing 12:12, which is definitely a new one for me so it caught my attention. Number patterns carry their own unique meaning and…