Iceland is free. And it will remain so, so long as her people wish to remain autonomous of the foreign domination of her would-be masters — in this case, international bankers.

On April 9, the fiercely independent people of island-nation defeated a referendum that would have bailed out the UK and the Netherlands who had covered the deposits of British and Dutch investors who had lost funds in Icesave bank in 2008.

At the time of the bank’s failure, Iceland refused to cover the losses. But the UK and Netherlands nonetheless have demanded that Iceland repay them for the “loan” as a condition for admission into the European Union.

In response, the Icelandic people have told Europe to go pound sand. The final vote was 103,207 to 69,462, or 58.9 percent to 39.7 percent. “Taxpayers should not be responsible for paying the debts of a private institution,” said Sigriur Andersen, a spokeswoman for the Advice group that opposed the bailout.

A similar referendum in 2009 on the issue, although with harsher terms, found 93.2 percent of the Icelandic electorate rejecting a proposal to guarantee the deposits of foreign investors who had funds in the Icelandic bank. The referendum was invoked when President Olafur Ragnur Grimmson vetoed legislation the Althingi, Iceland’s parliament, had passed to pay back the British and Dutch.

Under the terms of the agreement, Iceland would have had to pay £2.35 billion to the UK, and €1.32 billion to the Netherlands by 2046 at a 3 percent interest rate. Its rejection for the second time by Iceland is a testament to its people, who feel they should bear no responsibility for the losses of foreigners endured in the financial crisis.

That opposition to bailouts led to Iceland’s decision to allow the bank to fail in 2008. Not that the taxpayers there could have afforded to. As noted by Bloomberg News, at the time the crisis hit in 2008, “the banks had debts equal to 10 times Iceland’s $12 billion GDP.”

“These were private banks and we didn’t pump money into them in order to keep them going; the state did not shoulder the responsibility of the failed private banks,” Iceland President Olafur Grimsson told Bloomberg Television.

The voters’ rejection came despite threats to isolate Iceland from funding in international financial institutions. Iceland’s national debt has already been downgraded by credit rating agencies, and now those same agencies have promised to do so once again as punishment for defying the will of international bankers.

This is just the latest in the long drama since 2008 of global institutions refusing to take losses in the financial crisis. Threats of a global economic depression and claims of being “too big to fail” have equated to a loaded gun to the heads of representative governments in the U.S. and Europe. Iceland is of particular interest because it did not bail out its banks like Ireland did, or foreign ones like the U.S. did.

If that fervor catches on amongst taxpayers worldwide, as it has in Iceland and with the tea party movement in America, the banks would have something to fear; that is, the inability to draw from limitless amounts of funding from gullible government officials and central banks. It appears that the root cause is government guarantees, whether explicit or implicit, on risk-taking by the banks. 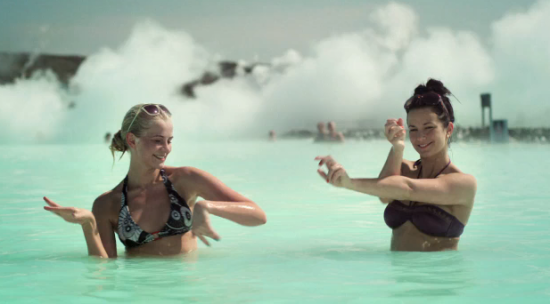 Ultimately, such guarantees are not necessary to maintain full employment or even prop up an economy with growth, they are simply designed to allow these international institutions to overleverage and increase their profit margins in good times — and to avoid catastrophic losses in bad times.

The lesson here is instructive across the pond, but it is a chilling one. If the U.S. — or any sovereign for that matter — attempts to restructure their debts, or to force private investors to take a haircut on their own foolish gambles, these international institutions have promised the equivalent of economic war in response. However, the alternative is for representative governments to sacrifice their independence to a cadre of faceless bankers who share no allegiance to any nation.

It is the conflict that has already defined the beginning of the 21st Century. The question is whether free peoples will choose to remain free, as Iceland has, or to submit. 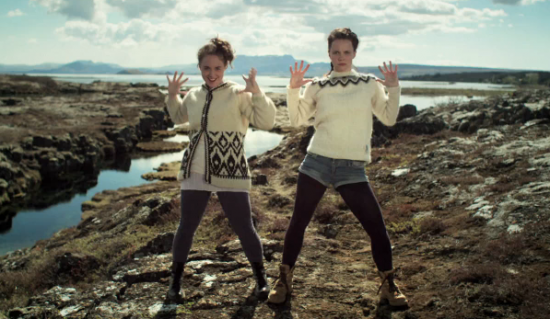 Bill Wilson is the President of Americans for Limited Government. You can follow Bill on Twitter at @BillWilsonALG.
Bill Wilson

Aurora From the International Space Station

Video of the Aurora Australis taken by the crew of Expedition 29 on board the International Space Station. This sequence of shots was taken September 17, 2011 from 17:22:27 to 17:45:12 GMT, on an ascending pass from south of Madagascar to…