Humans now dominate Earth, changing it in ways that threaten its ability to sustain us and other species. This realization has led to a growing interest in forecasting biological responses on all scales from local to global4. 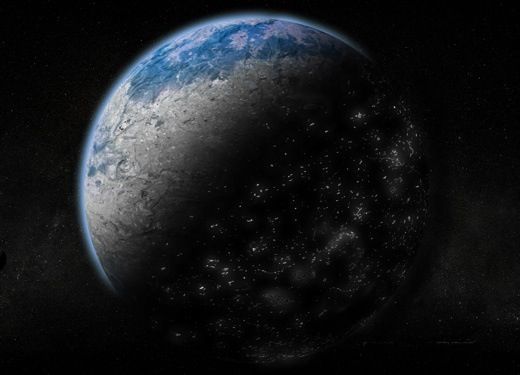 However, most biological forecasting now depends on projecting recent trends into the future assuming various environmental pressures, or on using species distribution models to predict how climatic changes may alter presently observed geographic ranges. Present work recognizes that relying solely on such approaches will be insufficient to characterize fully the range of likely biological changes in the future, especially because complex interactions, feedbacks and their hard-topredict effects are not taken into account.

Two conclusions emerge. First, to minimize biological surprises that would adversely impact humanity, it is essential to improve biological forecasting by anticipating critical transitions that can emerge on a planetary scale and understanding how such global forcings cause local changes. Second, as was also concluded in previous work, to prevent a global-scale state shift, or at least to guide it as best we can, it will be necessary to address the root causes of human-driven global change and to improve our management of biodiversity and ecosystem services.

It is now well documented that biological systems on many scales can shift rapidly from an existing state to a radically different state. Biological ‘states’ are neither steady nor in equilibrium; rather, they are characterized by a defined range of deviations from a mean condition over a prescribed period of time. The shift from one state to another can be caused by either a ‘threshold’ or ‘sledgehammer’ effect.

State shifts resulting from threshold effects can be difficult to anticipate, because the critical threshold is reached as incremental changes accumulate and the threshold value generally is not known in advance. By contrast, a state shift caused by a sledgehammer effect—for example the clearing of a forest using a bulldozer—comes as no surprise. In both cases, the state shift is relatively abrupt and leads to new mean conditions outside the range of fluctuation evident in the previous state.

Although such assessment is not yet straightforward critical transitions and in some cases their warning signs have become evident in diverse biological investigations, for example in assessing the dynamics of disease outbreaks populations and lake ecosystems. Impending state shifts can also sometimes be determined by parameterizing relatively simple models.

Earth’s biosphere has undergone state shifts in the past, over various (usually very long) timescales, and therefore can do so in the future. One of the fastest planetary state shifts, and the most recent, was the transition from the last glacial into the present interglacial condition which occurred over millennia24. Glacial conditions had prevailed for,100,000 yr. Then, within,3,300 yr, punctuated by episodes of abrupt, decadal-scale climatic oscillations, full interglacial conditions

were attained. Most of the biotic change—which included extinctions, altered diversity patterns and new community compositions—occurred within a period of 1,600 yr beginning ,12,900 yr ago. The ensuing interglacial state that we live in now has prevailed for the past ,11,000 yr.

Occurring on longer timescales are events such as at least four of the ‘Big Five’ mass extinctions25, each of which represents a critical transition that spanned several tens of thousands to 2,000,000 yr and changed the course of life’s evolution with respect to what had been normal for the previous tens of millions of years. Planetary state shifts can also substantially increase biodiversity, as occurred for example at the ‘Cambrian explosion’, but such transitions require tens of millions of years, timescales that are not meaningful for forecasting biological changes that may occur over the next few human generations.

Despite their different timescales, past critical transitions occur very quickly relative to their bracketing states: for the examples discussed here, the transitions took less than,5%of the timethe previous state had lasted. The biotic hallmark for each state change was, during the critical transition, pronounced change in global, regional and local assemblages of species. Previously dominant species diminished or went extinct, new consumers became important both locally and globally, formerly rare organisms proliferated, food webs were modified, geographic ranges reconfigured and resulted in new biological communities, and evolution was initiated in new directions. For example, at the Cambrian explosion large, mobile predators became part of the food chain for the first time.

Following the K/T extinction, mammalian herbivores replaced large archosaur herbivores. And at the last glacial–interglacial transition, megafaunal biomass switched from being dominated by many species to being dominated by Homo sapiens and our domesticated species. All of the global-scale state shifts noted above coincided with globalscale forcings that modified the atmosphere, oceans and climate .

These examples suggest that past global-scale state shifts required global-scale forcings, which in turn initiated lower-level state changes that local controls do not override. Thus, critical aspects of biological forecasting are to understand whether present global forcings are of a magnitude sufficient to trigger a global-scale critical transition, and to ascertain the extent of lower-level state changes that these global forcings have already caused or are likely to cause.
Nature

[…]I would like to emphasise that all the business projects that we are implementing with Europe, including, for instance, Nord Stream 2, are solely commercial and economically viable; they are not politically charged and have no hidden agenda. The…