Let’s End The Destruction Of The Deep Ocean ! 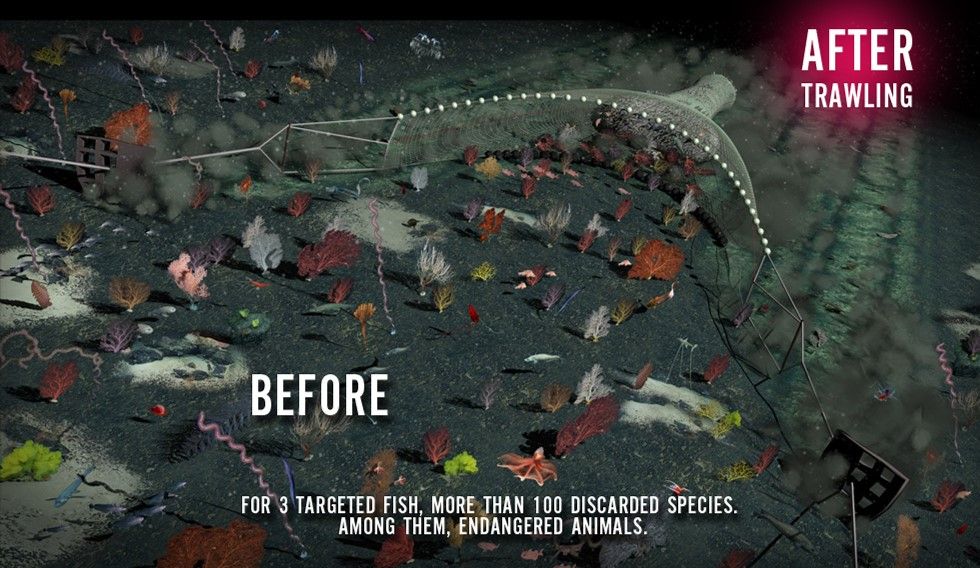 2013 is a crucial year for the protection of the deep sea: the European Commission has proposed a ban on bottom trawling, a practice described by scientists as the most destructive in history: huge weighted nets scrape the seabed at up to 1800 meters of depth and devastate ecosystems that are thousands of years old, while catching vulnerable species, some of which are endangered, in the process.

In France, less than 10 vessels are involved in deep-sea bottom trawling. Six of them belong to the fleet of the retailer giant Intermarché. Despite receiving millions of euros in subsidies, these industrial vessels are in chronic deficit. Bottom trawling is a financial black hole that would not exist without our tax money.
The fishing industry lobbies put pressure on Member States of the European Union and Members of the European Parliament to avoid the prohibition of this fishing method, whose underperforming and subsidy dependent business model belongs to the past. Lobbies are leaning on France in particular to try and derail the EU Regulation.
Citizen mobilization can counteract the power of lobbies: help us eliminate this destructive practice by ensuring that our elected officials and diplomats rise again to the dignity of their office, by receiving clear and ambitious guidelines from the President of the Republic.

[…]I would like to emphasise that all the business projects that we are implementing with Europe, including, for instance, Nord Stream 2, are solely commercial and economically viable; they are not politically charged and have no hidden agenda. The…