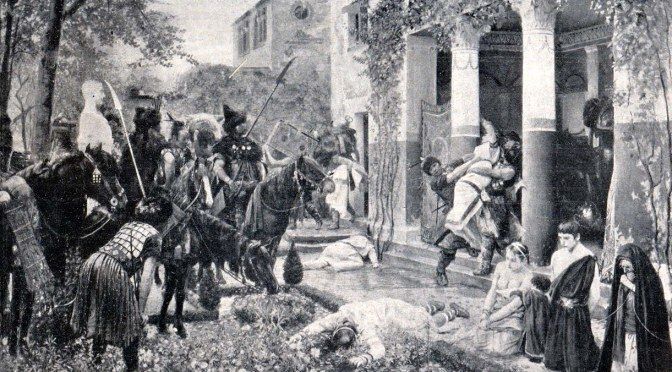 One can argue, and still argue even further just for the sake of arguing, but it is undeniable, at this point in time, that the Cabal is hemorrhaging and cannot get its acts together, i.e. doesn’t have enough financial muscle to do so,

All false flag operations since 9/11 are ineffective. The lies are falling apart and cannot be sustained.

The desperation to create war has gone from utterly disgusting to simply annoying.

Being the most, if not the only, Christianized nation in Asia, who would believe that finally the Philippines is having an ET Disclosure through two of its biggest TV networks and dubbed in local dialect.

This means that the Cabal have lost its grip on the islands as it inflict two devastating events just last year with 7.5 earthquake and the most horrifying typhoon in the entire history of the planet.

This would also mean that the Cabal is finally losing its grip on the planet, and it is only a matter of time before their final downfall.

21 million people in Russia and neighboring countries watched REN-TV reveal the imminent defeat of the New World Order in this stunning expose’ with Ben Fulford and David Wilcock.

This three-hour 8PM documentary revealed how 26 underground bases were mysteriously destroyed between August 22, 2011 and January 2012 — and explores who may have done it.

The Russians explore uncomfortable truths with remarkable new detail and clarity, including the transfer of Nazi scientists to America after World War II under Project Paperclip.

Never before has a major television series so thoroughly revealed the international alliance that has formed to encircle and defeat the Cabal.

Neil Keenan’s epic multi-billion-dollar lawsuit against the United Nations and other Cabal entities is discussed, as well as Fulford’s own efforts to organize resistance efforts.

Learn how the Federal Reserve deliberately created World War I and II to seize the world’s gold — and create a limitless supply of “bubble money” that could be printed out of thin air.

The documentary ultimately stops short of naming BRICS — Brazil, Russia, India, China and South Africa — as the public face of this new alliance against the Federal Reserve. This alliance apparently now encompasses a majority of all countries in the world.

The staff of REN-TV told us this show was wildly popular, reaching a stunning 21 million viewers. It is fast-paced and has an intense, dramatic musical score with lots of visuals.

You may want to laugh or think this is all “crazy” — but it was taken seriously enough to be developed into a major, prime-time special on a top Russian network.

As David often has said, “if you throw up, you’ll feel better” is a good analogy for what we all must learn in order to heal our planet. Without awareness there can be no resolution.

On the bottom right of your screen it says CC. You have to click on this to turn on English subtitles or else they will not be visible.

Please support us by downloading our Towards Healthcare Emancipation – Premium Edition, a fully illustrated eBook about how you can implement a low cost but extensive and decisively effective healthcare system in the comfort of your own home.

With this eBook you can easily defeat cancer, AIDS and all other parasitic diseases for good. Find out more about it here

The proceeds from this book will be used to fund our next project, Towards Energy Emancipation. The aim is to make the subject of free energy more understandable for the layman so that anybody could replicate and install his own power plant and be completely living off-grid.

If you haven’t done so, please like our FB page to encourage others to learn more about our work. Thank you very much for your valuable support.

Bank of America agreed on Wednesday to pay out $16 billion in a settlement linked to a federal investigation of its sale of ‘toxic’ mortgage securities. The deal represents the largest single federal settlement in the US, reports The New York Times. The settlement is meant to resolve allegations that the bank engaged in the fraudulent marketing of mortgage-backed securities based on sub-prime loans, which in turn triggered an economic crisis in 2007-2009. Despite the record settlement, Wall Street watchdogs like Senator Bernie Sanders (I-VT), characterized the deal as a “very modest settlement” in light of the $1 trillion received by Bank of America in “virtually zero-interest loans” through government bailouts during the crisis.

FINANCIAL DOOMSDAY UNLEASHED The endgame is being played on with the dirtiest tactics unimaginable at this point in time. We are to choose between perpetually cursing the darkness or lighting up candles and stick ‘em into the Mafiosi’s…

Residents of El Hierro have been put on standby for mandatory evacuation. The Canary Islands are on watch for what scientists believe is a pending volcanic eruption. The 108 square mile island of El Hierro is home to about 10,000 people….