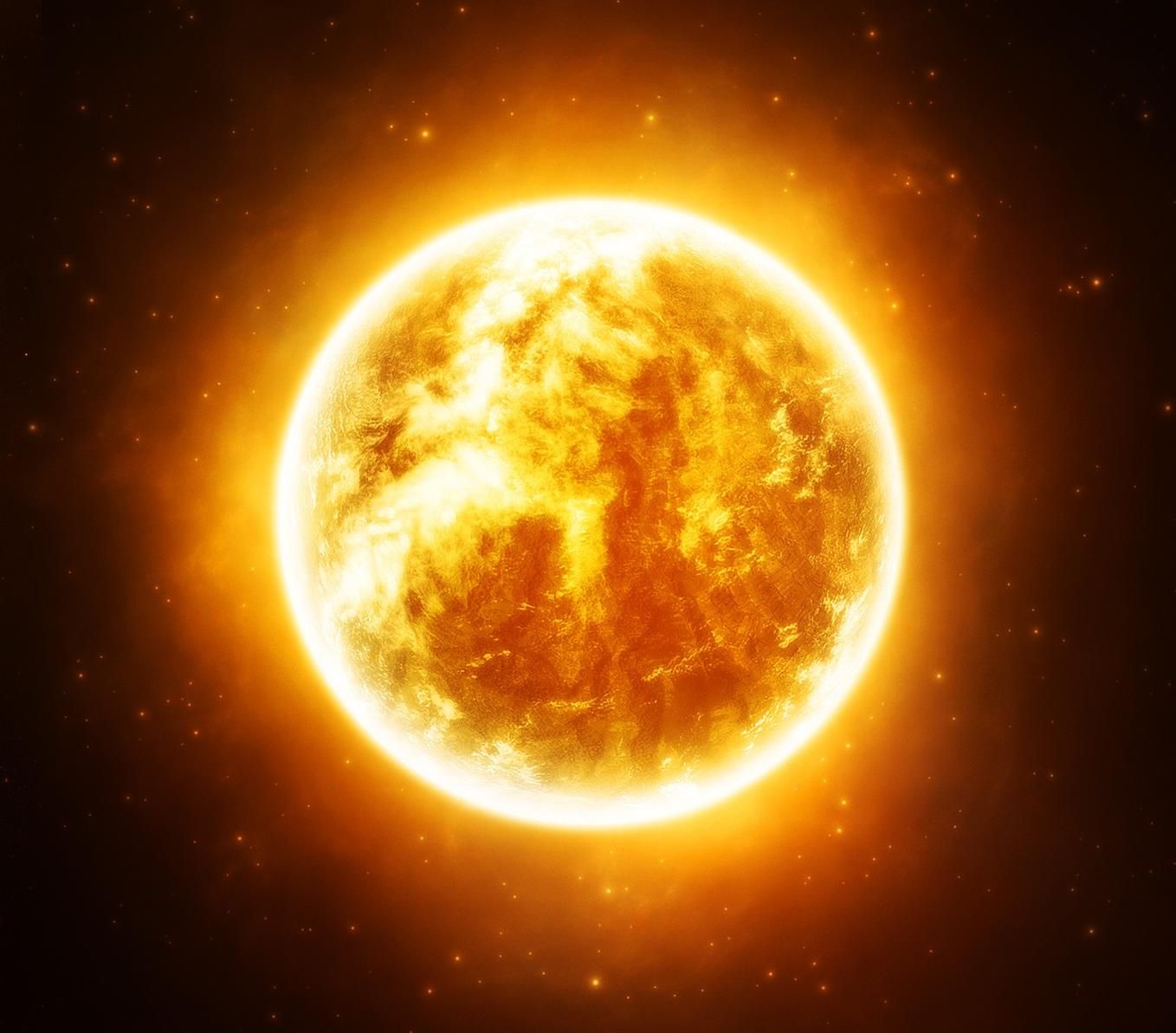 3.1 Concentration (dharana) is the process of holding or fixing the attention of mind onto one object or place, and is the sixth of the eight rungs.

3.2 The repeated continuation, or uninterrupted stream of that one point of focus is called absorption in meditation (dhyana), and is the seventh of the eight steps.

3.3 When only the essence of that object, place, or point shines forth in the mind, as if devoid even of its own form, that state of deep absorption is called deep concentration or samadhi, which is the eighth rung.

3.4 The three processes of dharana, dhyana, and samadhi, when taken together on the same object, place or point is called samyama.

3.5 Through the mastery of that three-part process of samyama, the light of knowledge, transcendental insight, or higher consciousness (prajna) dawns, illumines, flashes, or is visible.

3.6 That three-part process of samyama is gradually applied to the finer planes, states, or stages of practice.

3.7 These three practices of concentration (dharana), meditation (dhyana), and samadhi are more intimate or internal than the previous five practices.

3.8 However, these three practices are external, and not intimate compared to nirbija samadhi, which is samadhi that has no object, nor even a seed object on which there is concentration.

3.9 That high level of mastery called nirodhah-parinamah occurs in the moment when there is a convergence of the rising tendency of deep impressions, the subsiding tendency, and the attention of the mind field itself.

3.10 The steady flow of this state (nirodhah-parinamah) continues by the creation of deep impressions (samskaras) from doing the practice.

3.12 The mastery called ekagrata-parinamah is the transition whereby the same one-pointedness arises and subsides sequentially.

3.13 These three transition processes also explain the three transformations of form, time, and characteristics, and how these relate to the material elements and senses.

3.14 There is an unmanifest, indescribable substratum or existence that is common or contained within all of the other forms or qualities.

3.15 Change in the sequence of the characteristics is the cause for the different appearances of results, consequences, or effects.

3.16 By samyama on the three-fold changes in form, time, and characteristics, there comes knowledge of the past and future.

3.17 The name associated with an object, the object itself implied by that name, and the conceptual existence of the object, all three usually interpenetrate or commingle with one another. By samyama on the distinction between these three, the meaning of the sounds made by all beings becomes available.

3.18 Through the direct perception of the latent impressions (samskaras) comes the knowledge of previous incarnations.

3.19 By samyama on the notions or presented ideas comes knowledge of another’s mind.

3.20 But the underlying support of that knowledge (of the other persons mind, in 3.19) remains unperceived or out of reach.

3.21 When samyama is done on the form of one’s own physical body, the illumination or visual characteristic of the body is suspended, and is thus invisible to other people.

3.22 In the same way as described in relation to sight (3.21), one is able to suspend the ability of the body to be heard, touched, tasted, or smelled.

3.23 Karma is of two kinds, either fast or slow to manifest; by samyama on these karmas comes foreknowledge of the time of death.

3.24 By samyama on friendliness (and the other attitudes of 1.33), there comes great strength of that attitude.

3.25 By samyama on the strength of elephants comes a similar strength.

3.26 By directing the flash of inner light of higher sensory activity, knowledge of subtle objects, those hidden from view, and those very distant can be attained.

3.27 By samyama on the inner sun, knowledge of the many subtle realms can be known.

3.28 By samyama on the moon, knowledge of the arrangement of the inner stars can be known.

3.29 By samyama on the pole-star, knowledge of the movement of those stars can be known.

3.30 By samyama on the navel center, knowledge of the arrangement of the systems of the body can be known.

3.31 By samyama on the pit of the throat, hunger and thirst leave.

3.32 By samyama on the tortoise channel, below the throat, steadiness is attained.

3.33 By samyama on the coronal light of the head, visions of the siddhas, the masters can come.

3.34 Or, through the intuitive light of higher knowledge, anything might become known.

3.35 By practicing samyama on the heart, knowledge of the mind is attained.

3.37 From the light of the higher knowledge of that pure consciousness or purusha (3.36) arises higher, transcendental, or divine hearing, touch, vision, taste, and smell.

What to do with experiences (Yoga Sutras 3.38)

3.38 These experiences resulting from samyama are obstacles to samadhi, but appear to be attainments or powers to the outgoing or worldly mind.

3.39 By loosening or letting go of the causes of bondage and attachment, and by following the knowledge of how to go forth into the passages of the mind, there comes the ability to enter into another body.

3.40 By the mastery over udana, the upward flowing prana vayu, there is a cessation of contact with mud, water, thorns, and other such objects, and there ensues the rising or levitation of the body.

3.41 By mastery over samana, the prana flowing in the navel area, there comes effulgence, radiance, or fire.

3.43 By Samyama on the relationship between the body and space (akasha) and by concentrating on the lightness of cotton, passage through space can be attained.

3.44 When the formless thought patterns of mind are projected outside of the body, it is called maha-videha, a great disincarnate one. By samyama on that outward projection, the veil over the spiritual light is removed.

3.45 By samyama on the five forms of the elements (bhutas), which are gross form, essence, subtleness, interconnectedness, and it’s purpose, then mastery over those bhutas is attained.

3.46 Through that mastery over the elements, comes the abilities of making the body atomically small, perfect, and indestructible in its characteristics or components, as well as bringing other such powers.

3.47 This perfection of the body includes beauty, gracefulness, strength, and adamantine hardness in taking the blows that come.

3.48 By samyama on the process of perception and action, essence, I-ness, connectedness, and purposefulness of senses and acts, mastery over those senses and acts (indriyas) is attained.

3.50 To one well established in the knowledge of the distinction between the purest aspect of mind and consciousness itself, there comes supremacy over all forms or states of existence, as well as over all forms of knowing.

3.51 With non-attachment or desirelessness even for that supremacy over forms and states of existence and the omniscience (3.50), the seeds at the root of those bondages are destroyed, and absolute liberation is attained.

3.52 When invited by the celestial beings, no cause should be allowed to arise in the mind that would allow either acceptance of the offer, or the smile of pride from receiving the invitation, because to allow such thoughts to arise again might create the possibility of repeating undesirable thoughts and actions.

3.53 By samyama over the moments and their succession, there comes the higher knowledge that is born from discrimination.

3.54 From that discriminative knowledge (3.53) comes awareness of the difference or distinction between two similar objects, which are not normally distinguishable by category, characteristics, or position in space.

3.55 That higher knowledge is intuitive and transcendent, and is born of discrimination; it includes all objects within its field, all conditions related to those objects, and is beyond any succession.

3.56 With the attainment of equality between the purest aspect of sattvic buddhi and the pure consciousness of purusha, there comes absolute liberation, and that is the end.Patanjali