Browse> Home / General / Why Is Intelligence Declining? Our Rulers Don’t Want You to Know

Why Is Intelligence Declining? Our Rulers Don’t Want You to Know

It’s a sure sign that a piece of “controversial science” is actually empirically accurate when our Cultural Marxist elite desperately tries to come up with some kind of environmental explanation for it, no matter how implausible. This means that the evidence is so overwhelming that it can’t be denied any longer. So it must, in some way, be due to human—and especially privileged human—behaviour. If it’s due to genetics, then environmental determinism is nonsense; and that’s unfair–unthinkable, even. This happened when the evidence for race differences in IQ became undeniable. And now it’s happening with evidence that, on average, we’re becoming less intelligent. 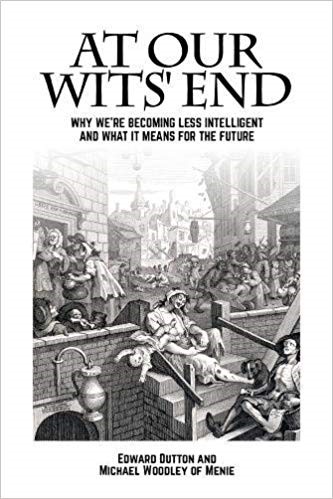 As evidence that US blacks’ IQ is a standard deviation lower than that of whites mounted, risible attempts were made to come up with some kind of environmental explanation. “The IQ tests are unfair on blacks!” it was insisted, until it was shown that blacks did best on the less culture fair parts of the test, East Asians score higher than whites and race differences were on general intelligence, which is strongly genetic. “It’s to do with black poverty!” was the next explanation, until it was shown that poverty is strongly genetic and that blacks—adopted by wealthy white couples—ended up with about the same IQ as their biological parents [Race Differences in Intelligence, By Richard Lynn, 2015, Washington Summit]. Most laughably of all, we ended with “Stereotype Threat”—blacks do badly in IQ tests because they are stereotyped to do badly. But then it was shown that, in some cases, the reverse of this is true, the evidence is highly inconsistent and its subject to astonishing publication bias [An examination of stereotype threat effects on girls’ mathematics performance, By J. Ganley and others, Developmental Psychology, 2013]. 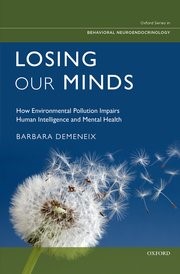 The plague of environmental desperation has now reached the substantial body of evidence that we are becoming less intelligent. Known as the “Woodley Effect”—after the British psychologist Michael Woodley of Menie—that this happening is now abundantly clear. On numerous robust correlates of intelligence—reaction times, the more genetic parts of IQ tests that also best measure intelligence, colour discrimination, use of difficult words, the ability to count backwards, per capita levels of genius and major innovation, creativity levels and population frequency of alleles associated with very high education levels and so high intelligence—Western people are getting stupider. Based the slowing down of reactions times, we’ve lost 15 IQ points on average between 1900 and the year 2000; the difference between an elementary school teacher and a university professor [At Our Wits’ End: Why We’re Becoming Less Intelligent and What It Means for the Future,By Edward Dutton & Michael Woodley of Menie, Imprint Academic, 2018].

The reason proposed by Woodley of Menie and his team is simple. In fact, it was conjectured as far back as the nineteenth century as people like Charles Darwin predicted that “dysgenics” would occur.

Darwin wrote, as quoted by Lynn:

“We civilised men do our utmost to check the process of elimination; we build asylums for the imbecile, the maimed and the sick; we institute poor laws; and our medical men exert their utmost skills to save the life of everyone to the last moment. Thus the weak members of civilised societies propagate their kind. No-one . . . will doubt that this must be highly injurious to the race of man. The Descent Of Man,1871 “ 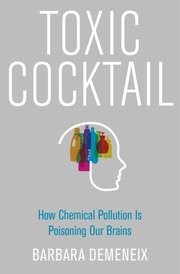 Until the Industrial Revolution, we were under conditions of harsh selection. This meant that the children of the rich, with their superior conditions, were more likely to survive. Indeed, based on seventeenth century English wills, the wealthier 50% of testators had almost double than the number of surviving children compared to the poorer 50%. Wealth and SES are predicted by intelligence, which is about 80% genetic, so we became smarter and smarter until the genius breakthrough of the Industrial Revolution.

This reduced environmental harshness for the poor and led to the innovation of contraception, which was better used by the less impulsive and thus more intelligent. Large families became a stupidity-based accident and intelligence began to decline. This was made even worse by dysgenic Third World immigration, smarter females limiting their fertility to pursue careers, and a lavish welfare state providing incentives—in the form of child benefits—for low IQ females to breed [At Our Wits’ End, Dutton & Woodley of Menie].

But specters are haunting this simple, evidence-based theory. One of them is a Welsh scientist called Barbara Demeneix (née Jenkins) who runs a laboratory at the Natural History Museum in Paris. As she tells the Main Stream Media what they want to hear, she has no problem broadcasting her message, for example as in her 2014 Oxford University Press book Losing Our Minds: How Environmental Pollution Impairs Human Intelligence and Mental Health, its sister-book Toxic Cocktail: How Chemical Pollution Is Poisoning Our Brains [2017] and a 2017 documentary on French channel Arte on IQ decline [Are People Becoming Dumber? Sputnik News, December 10, 2017] which interviewed a proponent of the dysgenic theory, cut out everything he said about it, and only reported Demeneix’s view.

Essentially, Demeneix claims that intelligence decline is caused by neurotoxins found in plastic and other industrial materials to which people, and thus unborn babies, are increasingly exposed. These apparently act as “endocrine disruptors” altering the expression of genes and so reducing intelligence.

Woodley and his team created a computer model to test the neurotoxin theory against their own. They traced the extent to which neurotoxins had increased over time and compared it to the influence of immigration and dysgenic fertility over time. These factors fitted the model that charted the way in which intelligence had declined over time. Neurotoxin built-up didn’t fit the model at all. In other words, from a scientific perspective, neurotoxin theory is pretty…toxic.

The other specter: a Norwegian pair who argue that all of the IQ decline set out in meta-analyses of IQ decline can be explained by environmental factors, because—on Norwegian conscript data—conscripted younger brothers tend to score lower than older brothers [The Flynn Effect and its Reversal Are Environmentally Caused, By Brent Bratsberg & Ole Rogeberg, PNAS, 2018].

This suffers from obvious problems. The meta-analyses of IQ decline have only come up with estimates, meaning the decline could be considerably larger. Moreover, they doesn’t test whether the decline is on the more genetic aspects of intelligence—which has been shown to be the case in countries where this information is available [The Negative Flynn Effect: A Systematic Literature Review, by Edward Dutton and others, Intelligence, 2016]. Actual intergenerational declines in the frequency of alleles associated with very high educational attainment (and thus high IQ) having been found in e.g. Iceland [Selection against variants in the genome associated with educational attainment, By Augustine Kong and others, PNAS, 2017]. Accordingly, the IQ decline is almost certainly is on the more genetic aspects in Norway too, meaning the result there is a kind of false positive, brought about by the researchers imposing lots of complex and abstruse controls on their data.

As the evidence for declining intelligence becomes more widely known, we can expect increasingly desperate and elaborate attempts to persuade people that it’s all due to environment and that it—and thus the decline of civilization—can be stopped if only we would stop using smart phones, or stop drinking alcohol, or cease to eat meat, or stop thinking bad thoughts . . .

Absolutely anything to avoid admitting that some people are genetically cleverer than others and those people are remaining childless while the less intelligent natives are encouraged to breed and people from low IQ countries are imported to do likewise.

Lance Welton is the pen name of a freelance journalist living in New York.

I don’t need you to complete Me

There is no need to try and fill the spaces that exist within my soul. I suppose there comes a time when we have to release everything that we thought we ever were what we even thought Love was supposed to be and instead try on our…