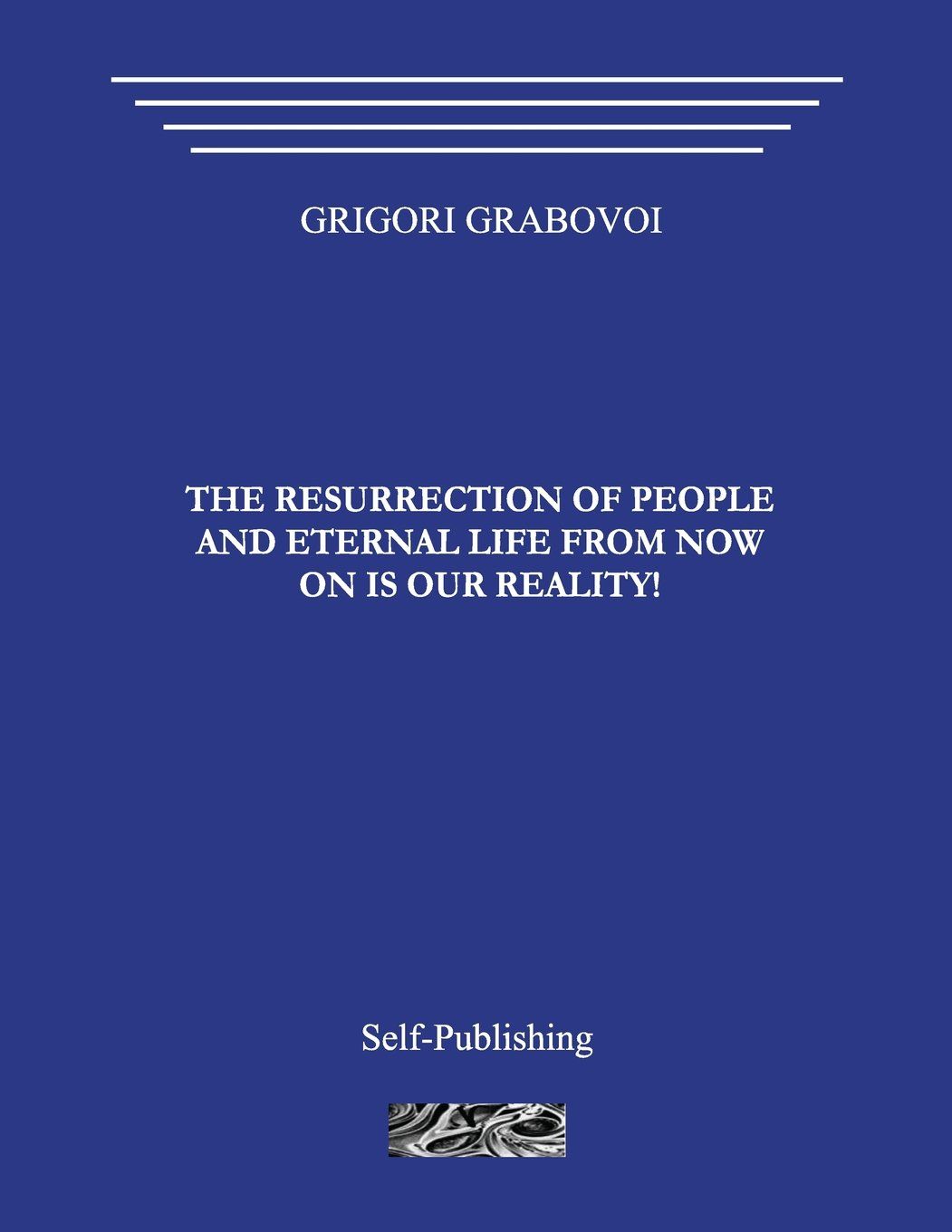 The book “The Resurrection of People and Eternal Life From Now On Is Our Reality” was written by Grigori Petrovich Grabovoi in the year 2000, published in 2001.

In this book I will tell you about my practical work on the resurrection of people. We can speak of the resurrection, or restoration, recovery, not only of people, but also of animals, plants, and any other objects; however in this book I will be speaking mainly of the resurrection of people.
For many resurrection is something symbolic, though at soul level every man perceives resurrection as the reality of the World that has always been there, has always existed. However, many people have yet to grow spiritually to be able to perceive the World at soul level, and therefore, for the time being, they do not perceive the word “resurrection” in its true sense, the way it is really meant to be perceived. Having such views suggests that one has to seek, has to make an effort in order to understand how someone who is gone can suddenly quite literally come back.

Who is the author of that book?

Grigori Grabovoi holds two patents for inventions: “The Disaster Prevention Method and the Device for Its Implementation” № 2148845, issued in 1999, and “The Information Transfer System” № 2163419, issued in the year 2000.

A two-volume edition of his artworks “Manifestations of Eternity” came out in 2013.

He is the creator of the wave synthesis theory.

Grigori Grabovoi is the creator of the Teachings “On Salvation and Harmonious Development”.

The book “The Resurrection of People and Eternal Life From Now On Is Our Reality” by Grigori Grabovoi:

The Resurrection of People and Eternal Life From Now On Is Our Reality.

The technology of eternal life

The Technology of Eternal Life