The audacity to take

I attended Paul McCartney’s show in mid-September. It was a wonderful evening of three hours, vibrant with joy of life and generosity. 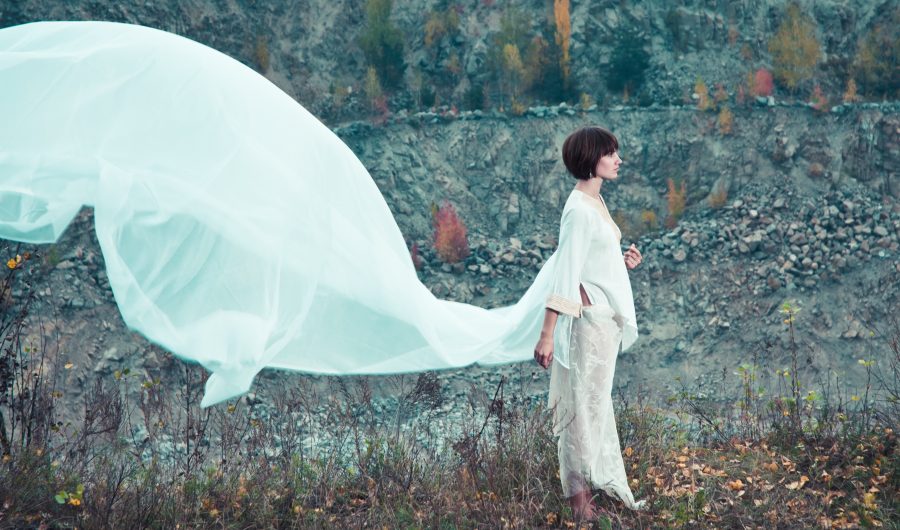 The man sitting to my right was filming a lot throughout the evening. Rather than filming the singer and his band on the stage, he immortalized one of the screens where we saw them in giant format. The screen was on our right, close enough to us, and to be able to capture it in full, my neighbor recoiled his chest as much as he could in the opposite direction … that is to say in mine.

If my explanation is as unclear as I think, the bottom line is: his back was leaning towards me, and he occupied a good part of my space.

One thing about me: I’m hypersensitive. That is, my senses are sharper than those of most people. So an amphitheater filled with 15,000 people is not my natural habitat, and the sound in this kind of room is still far too high for me, to the point where I often suffer physically from its intensity. So the last thing I needed was to feel overwhelmed in the little space that was allocated to me.

At first I accepted the situation heartily and put my discomfort aside. I do not understand the interest of watching a show through the screen of a phone (as smart as it is …), but I liked his enthusiasm, and I did not want to spoil his joy. After a dozen songs, however, I started to feel really uncomfortable. Then a small knot of frustration began to form. And I ended up cracking.

It was during the song Let it be. It must have been my neighbor’s favorite because he tilted his body even further in my direction to capture every pixel of the screen, and I found myself even more stuck than before, too taken for myself to enjoy the song. Bubbling with frustration, I pulled out my magic wand and threw “Avada kedavra!” Pointing at him. I’m kidding … Of course, I use my magic wand – and murderous spells – only for situations that put the planet at risk. No, in fact, I simply refocused on my seat, knowing that he would automatically feel pushing behind his back and probably picking up the message.

Here is what is particular: as soon as he felt the pressure of my arm, he apologized and he resumed his place. But on my side, from the moment he came back … well, rather than being relieved, I started to feel dirty and tiny. I judged myself not to have been more generous and to have deprived my neighbor of his beautiful moment of carefree joy. In addition, all this had happened to the sound of Let it be … How ironic that I acted so small and immature while the song speaks more or less letting go and being carried by life.

Have you ever experienced this experience? Have you ever shrunk to not tarnish the happiness of the other, or to create a stir, or not to be rejected? Have you already resumed your place in a burst of frustration, to feel then ashamed of having done it?

Taking our place, or taking it back, is one of the most difficult things … It confronts us with our need for approval … in the sense of our value … our fear of hurting others. This is one of those situations where the victim often ends up feeling guilty. Because we were taught that we should not disturb too much. Because when a person disrespects us, it’s often because they have created a mental representation of the reality in which their behavior is appropriate, and we often end up seeing the situation through their lens. And if we have allowed someone to occupy our space for a long time, we have the impression of stealing something that belongs to him when we take it back.

So, are you curled up in a recess of your seat, energetically? Here’s what I want to tell you …

In real estate, there is what is called “acquired rights”, that is, if a person uses a piece of land believing that it is part of his property and that he learns, after several years, that it actually belongs to the neighbor, she can try to have her right recognized on the piece of land in question. I am not sure of the details, having very little legal knowledge … But there is one thing that I am sure of and that I can tell you with conviction: there is no possible acquired rights on you. No one can own your space by occupying it. And even if you have tolerated flooding for 20 years, yours still belongs to you 100%, and you still have the right to recover it.

To continue, and just in case you need a reminder: you are not responsible for the enthusiasm

‘Hole in Space-Time’ created by Scientists

You’ve heard of invisibility cloaks concealing people in “Harry Potter” movies, but wrap your head around this one: Scientists have created a way of cloaking space-time itself. It’s still preliminary, but Alexander Gaeta, a physicist at Cornell…

Thomas Fuller said that, and he was right. You can say that you believe in God, but what good does it do when you do not trust God to get you out of the jam you’re in? Of course, if you think you are in big trouble, you are. Because your thoughts,…