Inaudible sound propagates at a very high speed in your solar system; he even comes from further than Alcyone. The sound is not the same according to the world it touches. It is an “intelligent” sound, which is adapted in a certain way to the world to which it is directed and spreads.

In terms of third-dimensional material, this sound will be more important, more percussive because of the material. When it passes through other solar systems or other galaxies, it can be lighter because it does not need to penetrate matter like this world or other worlds. 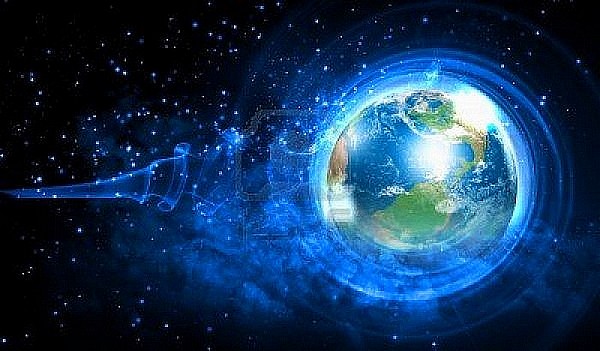 You will feel this sound more and more, but not necessarily the way you would like it. It also has the function to clean up the beings, that is to say to bring back to the surface all that could be lived in this incarnation (we do not speak of the other incarnations, we speak of that which concerns you at present ).

This sound has the mission to bring back the forgotten but impregnated sufferings your being, so to cleanse you little by little of these sufferings. This can cause small depressive problems or pain in your body.

He will reach humans in waves. The first may be much more powerful. Then, as there will have been a cleansing in all that is matter, this inaudible sound will become more subtle in order to further increase the vibratory frequency of the beings.

This sound begins to spread and you start to feel it because it penetrates you; it can disturb you a little bit. Accept everything that happens to you without refusing or clenching. Know that right now, even suffering can also be a plus for your transformation.

Little by little, you will perceive, not necessarily with the tools of your body but with what we have talked about and which we will talk about again: telepathy; it will be the first faculty of the mind that will develop more and more in humans. It will also develop according to the purification that you have been able to make, even thanks to this inaudible sound, when you have relieved yourself as much as possible of all your fears, of all your sufferings, even of the fears and the sufferings which are to you somehow unknown since put under cover so that you do not come back on them.

So, when you get rid of all this by raising your vibratory frequency, at that moment, we repeat, certain faculties will actually develop in you.

We add this: we know humans better than they can know themselves! There is a vibration that they should eradicate as much as possible, that of doubt. Doubt is a considerable obstacle to evolution.

There is doubt and doubt. There is personal doubt about your own evolution and there is global doubt about life, which is a little different.

That’s what we wanted to say about this sound. “

By now, you are feeling the huge uptick of the energy this is flowing to your Earth-plane. It is time for you to take control of your personal existence and begin making changes. From your birth to now, you have been asking others to do…

“For many terrestrial years we have been trying to lead you more and more towards the path of profound transformation, the one where beings who have lost a lot of sails will feel more another reality of themselves, one where beings will also…