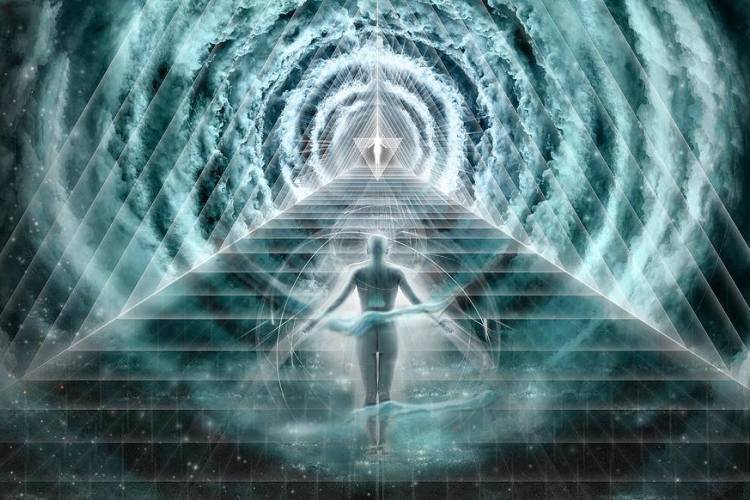 We have told you so much in all these years, and we are going to ask you: “what did you remember”?

You always want to know more, but sometimes you forget the simplest things, the ones that could really move you forward! However it does not matter, it is part of the human being who always wants to have the impression that a new message or a new word can open a door for him!

We will continue again and again and more and more to open doors for you. Opening a door is a fact, but being able to pass through a door that opens in front of you is something else!

2018 will be a special year for you, for life and for the planet.

There have been other special years since the year 2012. In fact, many things have happened since what you call “the year 2000”. The year 2000 was the beginning of a millennium; some humans thought it would be the tipping of civilizations or the end of the world. Then, and we talked about it a lot, there was the year 2012 … Then another year, and another year!

To you, human beings, you need a lot of references and dates, because you can only understand and function well through dates, milestones that we put or put on your own road.

We say that dates do not really matter. What matters most is what you feel, what you receive, what you integrate and what you radiate!

Ten years ago, for example, you did not work the same way as now, especially at the level of your thoughts, even if you still have a little difficulty to readjust permanently to new ways of being, thinking and to act.

On this subject, we will open a small parenthesis: what does it mean for you to “vibrate at a certain frequency”? What can the thought represent for you since, no more than the vibration, you can not see it? The problem is that humans are beings that vibrate continuously on several vibratory frequencies, and that their only terrestrial level includes a large range of vibratory frequencies.

The more you raise your vibratory frequency, the more you “fizzle”. We use the word “stripping” to make you understand that you are gradually removing many layers.

Layers of what? Vibrational frequency layers that protected you from your environment. You feel like in a cocoon. Then, as your evolution has progressed and while incorporating new vibrations, you have “depleted” without realizing it.

They show me a very terrestrial image: an onion that has several peels that it is obliged to remove.

“Then what’s left when these invisible peels no longer protect you from your environment? It remains a hypersensitivity that can create in you some small inconveniences, some small disturbances.

Of course, each one of you will “peel” in a different way that will be a function of what it is, its ability to integrate certain vibratory frequencies, the Love it can generate and letting go that he may have done.

So the further you go, the less you need the “peels” that protect you from the vibratory frequencies in which you live.

If you had special machines to weigh you down, they would reveal a huge gap between the weight you had ten years ago and your current weight. However the weight of this density can not be evaluated by terrestrial machines, because it is far beyond!

Each of you has stages of evolution to overcome, levels of understanding, vibrational frequency levels.

Before reaching a certain level, you will be vulnerable and fragile, and as soon as you reach it, many old things will resurface. Certainly you will not recover your peels since you will have lost them permanently, but another protection (we use this word even if it is not correct) much more powerful will surround you then, like to reform another cocoon of Light, a weak Light first, which will then become much more intense.

So everything is done in stages, as your evolution and as your ability to love. It must be so, because if you removed all your skin at once and if, bare, you went up at once, it would prevent you from living as harmoniously as possible in the vibration of the material.

We would prefer to speak because it is more correct, the “vibration of matter” rather than the “third dimension”. More and more, we will avoid talking about dimensions which, as we have already told you, do not correspond to reality; they correspond essentially to the terrestrial reality!

Our language will change a little to lead you to a better understanding; “third, fourth, fifth, sixth dimension” are terms that correspond to levels but they block you, whereas if we tell you that you will move in vibration, you will reach this new level thanks to your work, your level of consciousness and also thanks to the Love and serenity that will be in you.

We will talk about thoughts. You have never asked yourself the questions: “What is a thought?” What is really a vibration? “,” What is really Love? “These are notions you think you know, but it is more accurate to say” you will discover “.

Vibrations, you will feel them in your body. Thoughts, positive or inferior, will also affect your body.

Your thoughts will have more and more power over who you are, even if your body makes you suffer, even if sometimes you are a bit desperate about what you will live in the third dimension.

Your thoughts accentuate or diminish a certain process, either of suffering or of elevation. You do not realize the incredible power of your thought. Without your knowledge, your thought can be seen on the other side of the Earth.

If you always have positive thoughts, thoughts of Love for yourself or those around you or a little further away, these thoughts fly away with the wind of Love; they can comfort the heart of someone who is on the other side of the earth and who captures them.

Nothing limits a thought! Thought has no limit! This is why you can create positively and you can also participate, through your thoughts, in the destabilization of your world and your own destabilization!

So, if we’re talking to you about thinking, it’s to tell you that starting next year, which is very close now, you will have greater power in thinking because of a “sound inaudible “that you will sometimes have difficulty integrating. The term “inaudible sound” is better than the word “vibration”.

This sound will gradually flood life. It will also have the mission to remove much more subtle peels and wake you up; we still want to specify that, when we speak of this sound, it is a sound absolutely inaudible to your ears, a sound that does not exist and that no human being can create, of a way or another.

Certainly, music composers can create sounds through the notes they receive. But the sound we are talking about comes from the Source, it comes from the depths of the Universe; it’s like a wave that floods everything, wherever it goes. So this sound will flood more and more your solar system and automatically the Earth and everything that lives there.

This sound obviously has a vibration but we wanted, through what we have just said, to separate a little vibration we have been talking to you for so long and that inaudible sound that has immense power!

Next year, it will also be important to let go of everything that will no longer be useful, anything that will create a vibration a little lower at home, all that will not be useful to remember and that will generate in you a lower vibratory frequency (we are talking about suffering, whatever it is).

You have to free yourself so that this inaudible sound can be totally positive for your evolution, so that you can reach the higher level of which we spoke.

Next year, in human beings who are in the darkness of mind and totally led by other beings who do not desire the good of the human race, there will be many departures, sometimes provoked, or that sometimes you will not explain yourself.

You will experience more and more inconvenience every day, until a chain reaction occurs, where everything you’re used to will shatter. However you are not quite there yet, and there is still a significant amount of time before you (this important amount of time may correspond to a few months).

This time will allow you to try to align as much as possible with the new vibratory frequency, with the inaudible sound that will flood you.

We say it and repeat it again and again: watch your thoughts, watch your words! A word has great power! For you, a word is innocuous, but a word is the continuity of thought formulated in matter.

They also tell me:

“You will have more and more the vibratory capacity to feel the presence of your guides. It may be a bit confusing and you will never have to force anything. If you feel something special, if you have an inspiration or if you hear as a voice (you may not be there at all), do not look to go further, just be there. listen, accept and thank! “

They also tell me:

“Learn to bless and thank for all the happy moments of your life. This is important, because to thank and bless are like thanksgiving; it is to thank the Beings of Light and your guides for their accompaniment since you set foot on your world of matter. “

Dear friends! We congratulate you with the New Year 2015! With you we are happy people! We live in that time when each opens the road to the salvation of all and Eternal life through the Teaching of Grigori Grabovoi! Divine love reclines…

Most of you reading this are already aware on some level of the change upon which your planet and those inhabiting it are undergoing at this time. Change has been taking place for a long time now (one could argue successfully that change…