Browse> Home / Spirituality / The method of accelerated mastering of eternity

The method of accelerated mastering of eternity 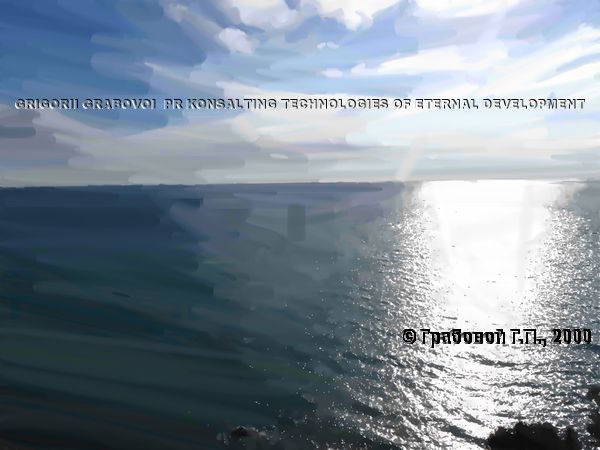 The method of accelerated mastering of eternity.

The area of eternity can be perceived as a space in which the exchange of information occurs at high speed. This perception arises because the space of eternity is associated and actually is infinite in size. In large quantities, to be able to master them in proper time, an accelerated action of the elements of consciousness is needed. In specific circumstances, when it is necessary to address current issues, increasing the speed of information control, which ensures eternal life, takes place due to distant in time fields of consciousness. Mental removal of areas of consciousness to infinity, until the merger with eternity, makes consciousness eternal. Conscience that has been formed like this even in the state of resting enables you to rapidly master eternity. Eternity is in us and we, being outside eternity, control it. That is to say, there is a state and a corresponding reality that is of a higher-level than the eternity: eternity to the endless power. This approximately can be described as follows. When you realize what is above eternity, you understand better the interconnections of reality perceived in the depths of the soul. Therefore, this is the soul that is above eternity with eternal life and that creates eternal life. The world is inside eternity, so as the soul is over eternity. Based on this, the world, we have become aware of, is always eternal. The Creator deifies the world because He realizes it in eternity. It follows that the highest speed of mastering eternity is in the perception of the entire world in each specific action.

The network method of control in eternity

The network method of control in eternity. When you work with eternity objects, it is important to be able to lean against many elements. Then you will be able to choose the required access point and change it, or combine such points…

The method of acceleration of thinking in eternity

The method of acceleration of thinking in eternity. Eternal life often necessitates accelerated thinking because it is necessary to process a lot of information. When you work with information, it is possible, in these cases, to perceive…

The Method of Accelerated Mastering of Eternity