It is written in the Bible on Apocalypse of John: “He also forced everyone, both small and great, both rich and poor, both free and slave, to receive a mark on the right hand or on the forehead, so that no one could buy or sell anything unless he had the mark which is the name of the beast or the number of its name. Let him who has understanding count the number of the beast, for it is the number of a man, and his number is 666.”

We know that this mark has already been inserted in many people in the United States. Also, animals that come in England must receive this subcutaneous chip. World government is hard at work and things go very fast, although it knows that time is running out. Will France be affected by this problem? How can one do to not have this chip embedded without one’s awareness, for instance in hospitals? 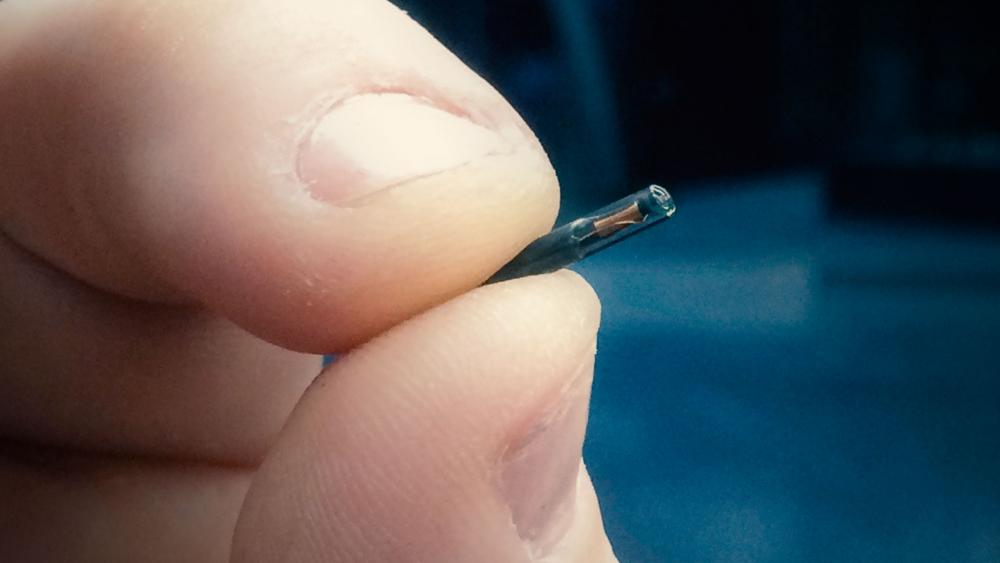 “This is a very good and important question.

At the present time, some forces want to ‘win the battle’ of power and human slavery. They know, as you mentioned, that time is running out.

Indeed a part of humanity could be ‘marked’, could be ‘encoded’.

Whatever happens, whatever you have to go through, we strongly ask you to refuse any implant, because it will go much further than you may suppose. The implant will make you a slave of some power.

There will still be opportunities to remove the implant. On Earth, there will be what we might call ‘islands of survival’ where beings will be free, not just regarding the implant, but regarding many events. There are already many people who have allowed themselves to be manipulated, through ignorance.

We shall say the following: these projects will not be completed because there will be intervention of other power, of other energy. Unfortunately, some projects can be implemented because power that is not human is manipulating some governments.

We ask you to inform other people and to be courageous while refusing . First the chips will not be inoculated without your consent, and then too many events will jostle these human slavery projects.

REFUSE! INFORM OTHER PEOPLE! HE WHO IS REALLY INFORMED MUST REFUSE!

Although people from France have lost some of their willingness to act and react, they will be more thoughtful than other people. Thus, they will let themselves be manipulated a little less.”

I see something strange. I see a final project which does not get to be achieved. This project, which is already unemotionally put in place, mainly in the United States, consists in requiring children to be encoded. If the parents oppose this strongly, it will not happen.

They show me many men who have become more or less slaves, i.e. who have been turned into ‘robots’ by this chip. The reason is the chip will not serve, as you are told, to store your medical record or anything concerning your identity. It is far beyond that, for they are able to act through the chip and eliminate anyone too sick or too old, i.e. useless and burdensome for society.

They show me now a sphere with at each pole, a very bright antenna, of a violet blue color that is changing in intensity. I see several of these spheres, led by our Brothers of Light, which are used to neutralize the dreadful effects of these implants. These spheres do not come from our world, but from the vessels of the Beings of Light. They will be forced to do so, otherwise at the time…. (Monique speaks with difficulty)…. when certain events take place, many people could be taken into slavery on other worlds.

“We will systematically save many people who by ignorance are trapped by this chip, but who have a lot of Love and a big heart.”
You can replicate this text and give copies under the following conditions :

By now, you are feeling the huge uptick of the energy this is flowing to your Earth-plane. It is time for you to take control of your personal existence and begin making changes. From your birth to now, you have been asking others to do…

Could you tell us about the importance of forgiveness? “We would like to tell you that forgiveness is one of the Laws of the Universe. It is essential! It is one of the laws that governs this world. “On a level such as the sixth dimension,…

It does not take two people to make a conflict …

It’s okay to think it’s the other guy who’s wrong, not us. There is a popular idea that “it takes two people to make a conflict”. This thought is useful because it can certainly be very true, and because it brings us back to our share of…