As a newly forming society we have come together to create a common goal – our freedom – and we want you to be a part of this growing dominion of open minded and free thinking human beings. We do not have all the solutions you seek, but together we can workt together to help and empower each other to resolve those issues we all face daily. 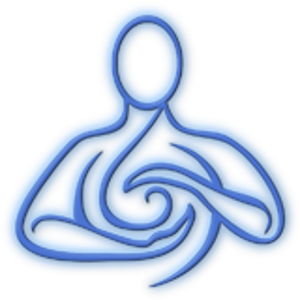 The law allows and recognizes the right of the people in a society to assemble their own peace officers for the purpose of preserving and maintaining the public peace. The Canadian Common Corps of Peace Officers is an opportunity to answer the question that concern many: “Are Canadian rights and freedoms becoming more oppressed by Government and Police Policy?” There are many who are fearful of that potential, and that must be addressed, regardless of whether or not police powers are growing, or if there is less and less accountability. There is the great risk of Martial Law being imposed due to shortages of food, water, gas or money, and the risk of quarantines and economy and community breakdowns of safety and order. There is a growing division between police officers and the people that they used to serve, but now serve policies.

The police have been militarized and conditioned with the same rules of engagement and equipment just as military forces. The hierarchical structure they employ creates a motivation to cover up mistakes, malfeasance and increase productivity by finding crime where none exists, allowing the police to forget that the people they are serving are not a part of that hierarchical structure, thus not bound by orders and commands. These violations lead to angry citizens, police brutality and lack of human dignity. With a great number of good people trying to serve their communities, the government system opens to weakness and vulnerability from corporate abuse which is a grave danger to us all. By dividing the populace from the peace officers, fear and distrust leads to a justification of greater police forces, which in turn leads the ever growing excuse to justify a lack of concern and well being and an acceptance of harm to others.

This creates a discriminatory weakness and actually threatens both the people and peace officers alike. Once separated from the people, the government agents become financially influenced by private interests of outside corporate powers. It is for this reason the Canadian Common Corps of Peace Officers is being created by the people of the World Freeman Society.

Part of our rights, duties and responsibilities of our Canadian Common Corps of Peace Officers will be to assist and liaison police to correct and lawfully investigate existing policy enforcement officers, in effect make their jobs easier by creating more peaceful and responsible individuals, who will act with greater restraint and accountability, but would also be peace officers ready to fulfill their duties if needed. Furthermore, by increasing our numbers of sworn Peace Officers on the land, millions of Peace Officers will resolve any threats and would no longer justify calling greater policing forces because we will be fully capable of exercising the full due process of Common Law.

All this will fulfill our peaceful standards.

You are not slave

“And God said, Let us make man in our image, after our likeness: and let them have dominion over the fish of the sea, and over the fowl of the air, and over the cattle, and over all the earth, and over every
creeping thing that creepeth upon the earth ” Genesis 1:26

Welcome to the World Freeman Society where we all stand together for equality and a freer and more just society. We are a World Society of Freeman who are claiming our God given rights as Freemen on the Land and we are joined together by mutual consent in order to deliberate, determine and act for our common goal.

The World Freeman Society is an open society and welcomes everyone to join us in promoting truth, peace and justice. As a newly forming society we have come together to create a common goal – our freedom – and we welcome all people to this growing family of open minded and free thinking human beings. We can use the power of networking people from all over the world to communicate concerns and co-ordinate their activities for the betterment of mankind.

We are networking people who are interested in working together and learn to lead to benefit all within the Society. We offer educational material electronically and also hard copy, regarding God given Rights and Freedoms that we are born with as human beings on this planet. We hope to educate people to know their rights and assert themselves to make responsible decisions to guide their lives in peace.

The World Freeman Society is an opportunity for us to steer our country toward peace, abundance and fellow love. By promoting and upholding the proper execution of the Law. The World Freeman Society will be able to do what many have tried and failed to do, which is to hold police officers, government agents, and judges accountable for unlawful legal actions that violate and damage our rights, and we encourage them to operate peacefully and lawfully.

This society will guide people to becoming free human beings on the land and provide a system of Common Law remedy, communication and networking support so you can live life with peace and abundance. These systems are not Legal in nature, but Lawful to allow human being to live under lawful definitions instead of Legal definitions, which separates a PERSON from a Freeman and a Human Being. A Freeman is a human being living in a Common law jurisdiction under God, who has revoked consent to be governed by human laws.

We are thankful for the concern and interest of people in finding and providing remedy to the problems so many around the world suffer from everyday, regarding Political agendas like Eugenics and Fascism and Government enactments such as CODEX-Alimentarius, Bill C-51 and others, Genetically Modified Biological, Chemical and Nuclear conflicts and weapons, Private Militaries, Capitol control measures, the abuse of Corporate-Social-Financial-Educational-Medical-Political-Legal systems, Inaccessible courts and justice systems, Police officers accidentally killing unarmed and peaceful people, Private Corporations who seek to buy and manipulate our governments, Senates, Congressmen, and resources, use entire nations as exploitable resources, the poisons in our air, food and water. As many people across the world are seeking remedy to these issues, there is a growing degradation and disregard of human rights. 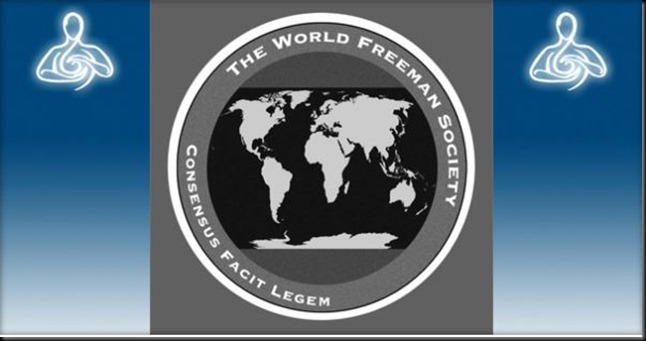 We understand that the founding fathers and free people of this nation created a government based on the belief in the principals of the supremacy of God and the rule of law that does not fully exist today. The opportunities and collective intelligence of the common people have been manipulated by those who control social mechanisms.

Indeed throughout history non-corrupt lawful government systems have improved and benefited civilizations, while corrupt systems have continued to leave nations destitute and impoverished. Also history has shown that the most powerful and wealthy people around the world have created Elite groups who have worked their way into the Governments, Organizations and the Corporate-Social-Financial-Educational-Medical-Political-Legal systems and other social mechanisms of the world. The effect of manipulated governments and social mechanisms have created segregated cultures within society, most these cultures are ignorant or unaware of the systematic social mechanisms and political agendas that affect their lives.

It is not the government system that is the problem it is the abuse of social mechanisms by powerful people.

There are solutions to these problems. Services We Offer All services are accessible through our online website. Monthly newsletters will be available for educational and entertainment purposes, secure WFS Identification Cards for the Lawful family name and identity of your choosing, and access to fully participate in the “Freedoms Kewl“ and other programs, seminars and meet ups to gain education and training experience in the many topics associated in exercising your Lawful Human rights and freedoms.

Other forms of support will be Study groups, Notary services, and alternative options for automobile insurance and lawful plates to identify you as a Freeman on the Land and travel documents. Knowledge of what it means to be a Freeman on the land may be obtained with the full background of History, Law, Legally defined statutory regulation, Human rights and freedoms and communication.