Director Oliver Stone says the U.S. media and government have demonised Venezuelan President Hugo Chavez and other leftist South American leaders, and argues in a new film that they were right to stand up to Washington. 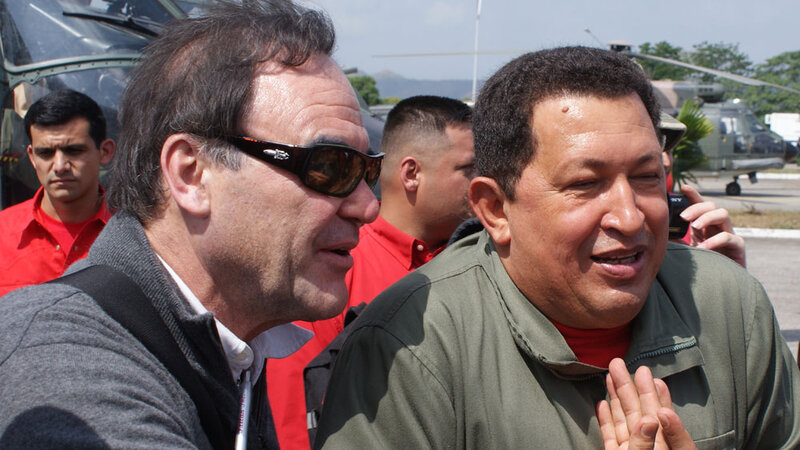 Chavez, who landed in Venice for the film’s premiere, has earned a reputation for his outspoken criticism of U.S. policy, and in Stone’s “South of the Border” he is sympathetically portrayed as a hero of the people who refuses to be bullied.

Originally an attempt to redress what Stone saw as unfair treatment of Chavez by TV networks and newspapers, the documentary turned into a bigger project and included interviews not only with him but with six other presidents in the region.

“I think the movie, if you’ve seen it, shows very clearly the level of stupidity in the kind of broad statements that are made about Mr. Chavez, ” Stone told reporters at the Venice film festival.

“But I didn’t want to make a movie only about the American media’s attacks. I felt that that was too small for what this man is about. This man is a big phenomenon.

“So we travelled in a road trip kind of movie to visit these other presidents and we saw the positive side of what is going on, the sweeping change in this region. It’s a very important historical phenomenon that is … ignored in America. “

Chavez, surrounded by bodyguards, strolled with Stone on the Lido red carpet, posing for pictures and signing autographs like a movie star before receiving a standing ovation at the premiere on Monday.

“What’s happening in Latin America is like a Renaissance, ” the Venezuelan leader told reporters.

South of the Border combines clips of U.S. broadcasters and commentators describing Chavez, one of them comparing him to Hitler, with interviews and news footage of economic upheaval across South America during the last decade.

Stone points the finger of blame at the International Monetary Fund, which he says imposed “neo-liberal,” U.S.-led conditions in return for loans, and hails today’s leaders for wresting back control of their resources.

“Each one of these countries … is in for a struggle,” Stone said. “The idea that Chavez has expressed … is ‘Let’s unify, let’s stay together here because we are up against a giant’, not only the U.S. government giant but against corporations that are multinational and very strong. “

Asked about anti-Chavez demonstrations over the weekend in Caracas involving thousands of people, Stone replied:

“Chavez continues to remain very popular in Venezuela and he keeps getting elected. Without doubt social improvement has been extreme in Venezuela. There are many problems still but it’s a wonderful change that’s occurred since 2000. “
Mike Collett-white

Exclusive rough-cut of first in-depth documentary on WikiLeaks and the people behind it! From summer 2010 until now, Swedish Television has been following the secretive media network WikiLeaks and its enigmatic Editor-in-Chief Julian…

On October 15th people from all over the world will take to the streets and squares. From America to Asia, from Africa to Europe, people are rising up to claim their rights and demand a true democracy. Now it is time for all of us to join…